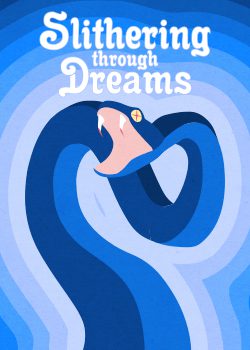 Interesting, a bit trippy. The MC has to suffer quite a bit but the humor keeps things from being depressing. Very curious about how our weakwilled (more or less) MC manages to overcome its mind related problems, and what snazy abilities come out of itself

Read through the prologue its actually really good

Overall, it's a pretty decent isekai novel. If you're used to trolling through novelupdates to find another isekai to read and used to stories like Isekai Nonbiri Nouka or basically other translated easy-going isekai novels, this should be up your alley.

The grammar could use a bit of work, mostly tenses and awkward sentence structures. The paragraphing could be better too, since sometimes it gets hard to tell who's doing what when they get mushed together in the same word block. It's an easygoing story about a snake gradually getting stronger as well as living life with his new snake family. The MC is dorky and exaggerated, but that's par for the course in this kind of story. Tl;dr - If you like reading translated easygoing isekai novels and are desperately looking for more, this should let you get your fix. If you're looking for serious plot/character heavy stories with OP MCs or cheats, this isn't for you. This also isn't for you if you're looking for a traditionally structured story.

First, I would like to say the book and concept has potential otherwise I wouldn't bother writing a review

The author is planning on editing the book, which is very good because it's pretty unreadable right now. Some chapters almost feel like MTL, also at some point his mind splits into more than one personality and I didn't know it happened, I think this could be remedied be giving the alter egos names or numbers? Another issue is some chapters nothing happens at all, some can feel like an incoherent ramble with the MC talking to themselves the whole time, maybe that is the intention but I wouldn't wait for that type of chapter update, others are similar but talk about his fear of practically everything, hopefully a lot of that is edited out because talking about his fear is kind of boring and takes up the chapter on a point that was already established, and as the author said themselves reading about fear and pain is very different than experiencing it. Last point I'd like to make is the need for character development, being scared feels like the MCs personality, it's what drives him to do anything and not do anything. He's got to have more than just that, why bother making him reincarnate then, I actually think you could cut his whole past life from the story so he could be a pure snake just give him a special skill that gives them human like intelligence and not need to follow instincts. The inherited skills just seem unnecessary since they haven't really done much at all and many don't apply to snakes. Going back to character development his family could use some, since they have already been given unsnake like behavior with the nest you might as well have them play with each other or something, you know so he doesn't need to talk to himself the whole time, just saying he could tail wrestle with his shell on his head if need be. Also as they are now his whole nest could be massacred or written out and it wouldn't make a difference.

Last thing, remember a short good story is much better then a mediocre long story

I'm sorry I don't sound very nice in this review, I'm just hoping the issues can be noted

Evil devouring slime
By Nameless_NA0
Being summon by the evil death god, a boy was sent to another world as a evil slime! How would the boy survive as a slime? I don’t know let’s find out~

So I’m Twins?
By AniOtaku
Alternate title: So I’m Twins? I myself as another → Start of a new life. Starting From Zero to which people anticipated, how the lost soul would survive in the new world? I welcome you to a story, in which our main character struggle
Action Required