A young man who is ordinary in every way by the name of Noah recently moved to a new city in the hopes of changing his luck after a string of failed dates and losing his unremarkable job in pursuit of new opportunities. Noah's world does change, but not in the way that Noah had imagined it would in his wildest fantasies.

This story begins with the appearance of a fleet of unknown spacecraft arriving above all of the major settlements and cities of Earth causing widespread panic and chaos to become commonplace. The alien fleet is controlled by an unimaginably advanced artificial intelligence that oversees all activity on arrival, known as 'the System'. A voice that doesn't use words appears inside the mind of every living creature on the planet and labels them as 'System Users' and is recognized as belonging to the alien artificial intelligence, offering Users a path to power and immortality. The voice announces that the [Trial Phase] has now begun.

Shortly afterward, the sky became cloaked in fire. The dead began to rise again as demonic creatures that appeared as twisted parodies of what they were in life. Users began to awaken supernatural abilities that allowed them to combat this new threat at the cost of civilization as we know it. The System's motives are a mystery that must be uncovered as the fate of the world rests firmly in its grasp.

Does the arrival of the System herald the world's hope for salvation or is it the cause of its tragic downfall?

One of the best fictions around, and it was made by a game card.

100% should read, but read on royal road because he has already post like (unknown number) of chapters 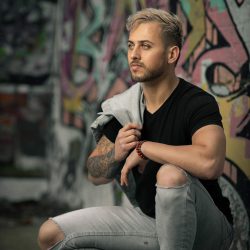