I have a best bud, his name is Daniel. He's handsome, genius and somehow cocky fella ..., sometimes I got this urge to just wrangle his neck because of irritation and petty jealousy as a man. Still, he's my best bud nevertheless.

I know him not too long, but we hit it off just right. It's like we're match made in heaven. Urghh, that feels kinda off. But really, we were like a piece of puzzle stuck together.

It was at that time ..., when we were playing the new VR-game Realm Domination. He suddenly popped out first dawn in the morning and said some cringeworthy chuunibyou lines.

'I want to be a villain' what was he said.

I thought, it was but a joke and his long lost chuunibyou disease got re-triggered ..., but to think that the game is not as simple as it seems.

[author]
This is one of my revamp project ..., I even forget what I put it in on the description, so there you are. It's not total a revamp or anything. Some of the content got changed and revamped, but overall plot is still the same.

Right, if there's the tag I haven't add please give a comment. 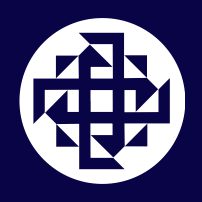 Rebirth of the Legendary Tank (Rewrite)
By Crazibrains
What will you do if you are given the chance to rewrite your ending? Watch me as I rewrite mine Note: This is a rewrite of the novel I uploaded in the past. Please leave feedback if possible. *********** Image was Edite

The Summoned Heroes’ School – The Exp Stealer
By WritingMachineGun
Thanks to the help of a cursed power, Ethan, a young hero, managed to defeat the demon king and his army singlehandedly. However, all that power came with a price, and the price was him stealing the memories of those he touched. Unfo

The Fat God System
By KangarooCruz
“FAT GOD SYSTEM ACTIVATED USING EXCESS FAT AS MANA……” Hugh’s body suddenly started to convulse and constrict. He felt pain all over his body. His muscles started to spasm and his skin started to shrink. Sweat started to d

The Lost Amnesty
By AkumaKira
Wang JoonChul, a part timer who bought a VR headset to finally play VR game, got home from his work. However, instead of playing a wonderful game, he ended up in another world with 999 other people. Trapped in a random world, and re
Action Required