In the 26th Century, catastrophic warfare has rendered Terra uninhabitable, driving humankind to the brink of extinction. Spread out wide among the stars, the Interstellar Federation struggles to maintain order.

In Saga of the Cosmic Heroes, Ensign Victoria Happ-Schwarzenberger follows her father's footsteps in the Metropolitan Space Navy. She hopes to accomplish great deeds, by protecting and preserving the Federation.

Joining Victoria on her quest for fame is Li Chou, known as the Madame Scarface in the Year 217 Mafia. Her adoptive father, Dong Zhui, is a pirate and ruthless dictator nestled on the fringe of the galaxy. The destinies of these two entwine as they seek to write new history in the Cosmic Era.

But history is most often defined by those seeking social justice, and a steadfast matyr named Alexandra Descartes-Dolz has something to say about this.

The history of the Interstellar Federation is about to be rewritten.
***
Additional genre/tag: Space Opera

This story is being serialized on Royalroad - https://www.royalroad.com/fiction/31062/saga-of-the-cosmic-heroes
Cover art originally an art I commissioned by gar32 on twitter - https://twitter.com/gar32drawshit

Then read this, but if you don’t like either well *Metal bat hitting palm* I’ll find my ways to make you like them 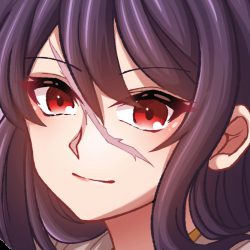 Synth
By TheWitchOfTheRock
To be a synth is the greatest privilege an individual could be born into. What greater purpose or grander sense of fulfillment could one hope for than to be a tool of King Decon, the ruler of the Galaxy? 09T07 doesn’t know what more they wa

Far Between It All (Book 1)
By ItsAll_Lost
Humanity, a group abandoned by their own nation “The Evangelist Federation ”,stripped of their human rights, treated like items and being forced out to go to defend against the nightmare creatures called Abyssiti, entities from beyond their
Action Required