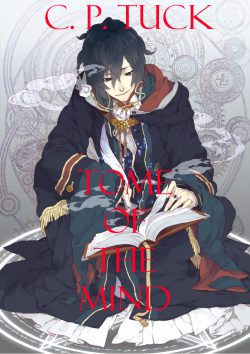 SPOILER WARNING: This is a sequel to Tome of the Body. If you have not read it, please do before reading this story, otherwise, a lot of things will not make sense.

Every great story needs an author.
Samuel Bragg, now the chosen champion of Arcana, has returned to the world of Ahya after one hundred years of being presumed dead. He awakes in his old home village, tended to by his last living friend, now an old woman. He spends some time enjoying the peace he finds but finds that his time away from the world has weakened him.

Struggling with his new purpose in life and the returned boredom of village life, Samuel sets out on a nostalgic trip back to the capital city of Milagre. He is surprised to see that much of the world remains unchanged in the past hundred years, with a few exceptions. Accepted back at the Mage’s College with high honors, Samuel is offered the chance to teach his own class and educate future mages, but declines, deciding he needs more experience.

Desperate to learn more about the mysteries of magic, he takes an apprentice and travels to the distant land of Zaban, where it is rumored that mages skilled in unique magic live. He is given a new title and permission to travel from the Royal Family of Gorteau and sets out for the natural nation of Zaban. On his journey, he learns new skills and discovers his talent for teaching.

Powered by Arcana and guided by his influence, Samuel returns to the capital city Milagre, to find those small parts of his life that were lost. He encounters his old friends Shigeru and Grimr, each now well-known for their services to the world. But upon connecting with the world as he knows it, he also learns of a terrible war brewing beneath the surface, filling everyone with unease.

With a god behind him and a new ally at his side, Samuel steps once more into the unknown. Can he continue to grow as a mage and find triumph again? Read Tome of the Mind, the second book in the Tomes of Ahya series, to witness the truly thrilling tale of a growing legend and the challenges he will face.

This story is also available on RoyalRoad.

Word Fu!
By Mia-Aim
Word Fu! LitRPG Novel. In the beginning, there were letters. Letters gave birth to words; words gave birth to the universe and all living things therein. This is a fantasy novel featuring the progressive development of a bizarre entity whose exist
Action Required