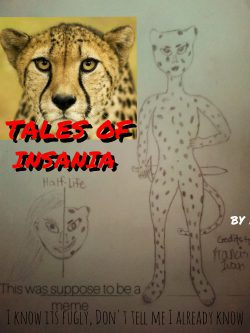 In the year 20XX all online games suddenly got erased out of existence as if Thanos snapped his finger and formatted every existing game, then from its ashes the virtual-reality game [EPIC of THE GODS] came Online shortly after, The masses knew that the company behind ETG was the one responsible for such atrocity, but ETG was inevitable and is now the one and only game industry available to the masses. It was being distributed all over the world like a fuckin terminal virus and the world couldn't stop it. Its even safe to safe the leaders didn't stop it. They allowed such a shady game to proliferate into the market, destabilizing the entire gaming community.

Onille Arvurg was an orphan that graduated high school with outstanding records, due to joining all sorts of sports competitions and bringing fame and glory to his school, he won up to 46 gold medals in the sports that he was allowed to join in, he wasn't particularly the best, but people knew that if he was to ever lose he'd hold his head high and come back stronger than ever.
Now we follow Onille Arvurg, a horny dude that had his gender forcefully altered after entering the VR game [EPIC of THE GODS], in his new body, he/she will experience shit unlike any other in her journey.

Playing the game he'll begin to change his mentality, disperse his strongly built morality, question his sexuality and preferences and end up plunging to near insa...
WAIT THATS A SPOILER! Anyways, I was planning on making this a little bit comedic. Im not writing a fuckin doujin ok? I repeat this is not a doujin or an H.
Maybe it'll have a little sex jokes and sarcasm here and there but besides that I won't outright fuck up my MC... WELL I will fuk him up but... UGH forget it this FLIPPIN SYNOPSIS is a fukin SPOILERRRRRRRRRR, there happy? Now you know the whole plot of this novel with the flippin summary!

OH no... Anyways my writing style always gets influenced by external factors and stuff so if you feel that there is no consistency in my novel please Tell me... I'll improve... Im plannin on finishin this one... Once and for all.

You might've noticed the odd esports tag, well of course... After a little adventuring is done the PVP and tournament arcs are my specialty.

Also be warned things might or might not get a little geh, so if you flippin bombard me with homophobic reviews I will flippin copy-paste this synopsis and spam it on your review. hayzzzz with all the shit Im puttin in this synopsis I should've went with the concise route. Short simple and understandable... But oh well...someone told me that being concise and humble won't make people come and read my work.

Also judging by the cover ehhhh? well I don't mind you can read on your own volition, My drawing is as messy as my writing style but at least you get the picture with the cover right? RIGHT? 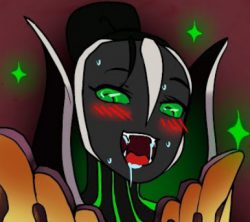 Faraway Survivor
By Madeus
The world has come to an end. Everything else is destroyed under the disaster. The boy escaped from his hometown to a very faraway place. The bo.. girl will start her new adventure. This time she will live a life without any regret and achie

The Saga Of Slug
By Lulla
After living a terrible life and dying to literal heart break, I got reincarnated as a slug?! Well whatever. This time, I’ll do what I want and have fun while doing it. Happiness is mine for the taking! Come with me on a journey in a fantas

The New Chimera
By Fighterman481
Lucas was your average college student until he stumbled into possession of a djinn’s lamp. A few wishes later he finds that not only has he become (potentially) one of the most powerful beings in existence, he’s found a new side to th
Action Required