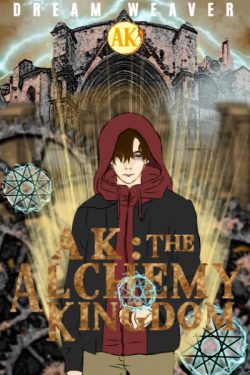 Karl always wanted to be a Mage. He was born in the Serion Kingdom, a fully pledged magic Kingdom. Seems like a perfect match, right? Unfortunately, no. He's just a commoner, working endlessly to maintaining the lifestyle of Mages.
On his 15th birthday, his last chance to escape from a miserable life was destroyed when he was deemed to have no magic potential. For thousands of Serion's citizens that would be the end of their dreams. But how could this story be any fun, ending like that?
Follow Karl and his friends while they tried to fight against the Kingdom's oppression. Will the system bend them to submission or will they break the chains of destiny?
Spoiler alert: After thousands of years, an ancient Magic system will be reborn in the small Caiset village.

What should you expect?
- Kingdom Building: For sure! The heavy lifting will come later, I promise! Foundation is important, please be patient;
- Epic battles: A Kingdom is not built without war and conflict. Who doesn't like good fights? Let's bring some excitement to this novel!;
- Multiple leading characters: Karl convinced them to get on the bus, but this is a very long trip and everyone will need to drive a little;
- Scientific Magic System: Especially Alchemy! I'm in no way trying to take the fantasy out of Magic. I just feel like trying to do something more logical. I'll probably stumble on a fine line, but I’m counting on you to keep me on track!;
- World Building: I’m using some basic concepts from traditional Fantasy Worlds and trying to add some nice touches to make it unique;
- Fun?: I'll try to insert some humor into the story, but that’s an experience we will go through together.
Other points I find important:
Alchemy is mostly crafting magic tools, but it will go a little further down the road. Even if you don't like crafting, weapon enhancing and whatnot, don’t give up on the novel. You might be surprised about Alchemy's reach later. Also, other types of Magic will play an important role here, just not the leading role.

If you want to help me more, support me on Patreon. I'm always trying to come up with new ways for you to participate in this journey.

Genre
ActionFantasySci-fi
Tags
Crafting Fantasy World Kingdom Building Magic
Related Series
Merchant Queen (Spin-Off)
The Harbinger of Death (Spin-Off)
Show
Table of Contents
Write a Review
Reset Filters
X
Write a Review
You must be logged in to rate and post a review. Register an account to get started. 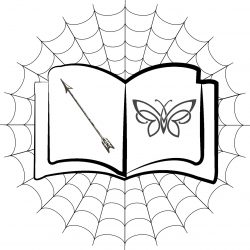 A Galactic Admiral in a medieval planet
By JDC_Writing
Admiral Arthur Kleist, Was on his way to a Myrophix-controlled planet with his fleet, until an unknown problem was discovered on their hyperspace navigation. They were heading straight towards an unknown Space warp with unknown locations or coordi

Star Wars – shadow of the force
By TheMarmiteCrusader
Due to the mischief caused by a young celestial, the presence (the god of DC) has to place the soul of one of his heroes into the world of star wars in an attempt to stop the birth of a monster. The hero he’s chosen? Damien Wayne, the son of

Fractal Plane: Awakener’s Pact
By EternalSunset0
Mu, the world that exists parallel to our own. It is a world that harbors shadowy manifestations of people’s feelings called Nullities. One day, Fragments, dimensions that connect Mu to the real world, begin manifesting in Shiroki Ci

The Record of the Aberrant Esper
By UMR_00
Psychic, magic, sorcery, or witchcraft is known to be the work of legends and fairy tales of practice and beliefs to control the natural and supernatural beings and forces. In the 21st century, this supernatural phenomenon became more realistic an
Action Required