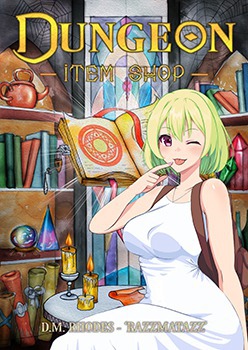 [I was reborn too weak to be an adventurer, so I opened an item shop by the dungeon instead!]

Reborn into a fantastical RPG-system based world, Fresh is offered a second chance at life. Initially glad to have escaped her old life, she quickly realizes that this new one might not be much better. Her new body is too frail to follow any grand dreams of adventure, her new mind is too dulled to allow any meticulous planning and this new, seemingly colorful, kind world is anything but.

Needing a way to survive in this horrible place, Fresh bands together with some unusual people and they take on an entirely new challenge; running an item shop just outside of the dungeon! 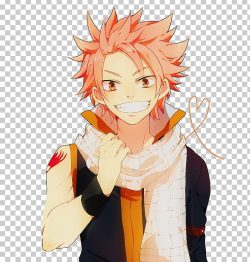 MC is just dumb, ridiculously dumb, even someone tell her for her betterment she won't understand or maybe she does but she can't control herself, she does so many things that can get her killed and the only reason she is alive is because of plot Armor.

MC is kind, this is the only thing that is positive about her.

If you can't handle dumb MC, I recommend you to skip this one, though this is my personal opinion and maybe biased so you can check out yourself.

I wanted to give less stars but writing story is hard, they have to be creative and persistence to keep on writing, so extra marks for hardwork.

First of all, I'm reading Dungeon Item Shop since its twentyish chapter and it has been a fantastic ride. What made me trying to read this novel was the concept of the shop. I always loved fantasy stories with the idea of creating items and selling them. However, that's not why I kept reading it. I kept reading because of every single detail the author put in this novel.

The narrative is built REALLY slow, but I don't think that's a problem at all. It's slow to gradually construct the characters and the plot, making the reader feel engaged with everything. Razmatazz truly knows how to make funny scenes, tense scenes, wholesome scenes, and emotional scenes. Worldbuilding is built step by step and it keeps teasing us with information, just waiting to be seen.

About the characters. I think that must be the main reason why people drop Dungeon Item Shop or keep reading it. Fresh, the MC, is in a nice way pretty innocent, or simply put, she is dumb. I've seen people hating the way Fresh is, that they can't stand how dumb she is, but I think that only makes it better. MC is a flawed character that has enormous potential for growth, because of her innocence and lack of intelligence. Seeing her grow makes my heart warm, and seeing her making stupid decisions makes me anxiously getting closer to the monitor. Now about the Side-Character, they just make everything better, by complementing Fresh and being complemented by her. The dynamic of them always makes me smile.

The author keeps updating every single day, and I can't remember one time when there wasn't a chapter, making the most consistent author I've seen on this site. Overall, It's solid work that isn't for everybody. You must want to see character growth and not just see an op character face slaping everyone

But it is not a happy one, and the author takes great joy in rubbing that in.

There is only sorrow. 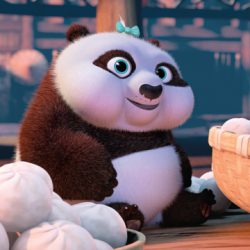 The MC is like a child prodigy, talented but lacking in experience. Although her child-like mindset always leads to unexpected results, I find it a wonderfully unique aspect of this novel. Author is quite talented and well-learned, to say the least.

Ok, I can not say enough good about this story Yes the MC is cursed and it makes her stupid!

But give it time and keep in mind there a reason she does stupid crap. The curse Gives her a starting intelligence of 3 and she basically got the mind of a ret*rded child but give it time. Her Real mind seems to shine through and I am hoping that her mind will get healed in time. You will Love it! This story's Original twists!

Wish I could give it 6 stars instead of five! !

(also I dont write reviews so sorry if disorganized)

Fresh: The MC. Shes.... kinda dumb, she knows her patron is evil but as her low stats reflect early on shes not observant or thoughtful for the consequences of most of her actions

[collapse]
. So early on she ends up 10000 obols in debt because the adventure guild is built that way. (and a strange addiction to chickens BAKAW. At least she met Jubilee: Owns a house, wears a mask, ultra secretive with magic powers rarely seen, what's not to love. At least he knows fresh is a fish in a volcano and tries to help by also putting himself 10000 obols in debt so they can work together and be in an adventuring party together where they end up running the Dungeon Item Shop, (item shop located near dungeon, perfect sense). Eventually they meet out next too of the group Basil and ShamrockBoth start up as customers for our lovely witch and man of secrets and each join because of differing tragediesBasil: She's a presitce for the gods and you know who the gods hate? Witches. But Fresh makes do. and Basil isnt uppity about it and kinda shifts her beliefs around the earthquake that is Freshalso no im not spoiling tragediesShamrock: A beast of armor. He never takes it off and is very gruff about it. Hey look both males have major obvious secrets so both females must have secrets of their own right? Well yes, Fresh's "secret" is pretty obvious compared to Basils. but I digress

I like the style of System the world has and how Razz designates a profits page. So you can almost feel and visualize their successAnyways the story is really good but Razz will betray you around every corner and will laugh as you cry. NEVER TRUST RAZZ 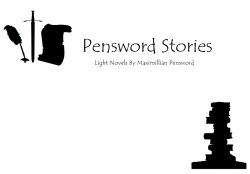 I went into this not expecting to like it.. And then I loved it. A couple of slow points but it can't be an adventure every day. Shamrock is the best. If you don't know what that means you haven't read far enough. All in all a captivating and well crafted story. 👍

I like novels with crafting. And this novel have a nice crafting. Author, more crafting plz !!! 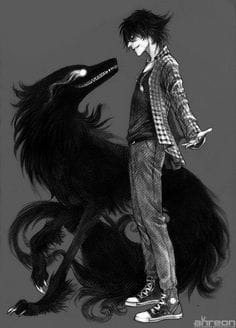 I absolutely love your works, the characters are soo good that they seem real and the MC is soo Colourfull... The way to make the story is soo awesome that I could read a 10000 chapters story in a day, becouse I could not stop myself from reading a chapter after the other, not even for blinking and save my eyes from dreaded dryness.

Broken Core (A Dark Fantasy LitRPG)
By Azrie
The world has been shattered, shifted, and rebuilt with the passing of each era. Long dynasties, continental empires, heroes among heroes, felled by the Champions of the Beyond to usher change. An era dominated by true monsters, an era where powe

Reincarnation of the Cheater
By bydevon
Bell is a high school student who one day finds that he can cheat at almost anything he could find, a way to cheat would just pop into his head. And so after deciding to test it out, he showed up in the world’s first vrmmo, the developers co
Action Required