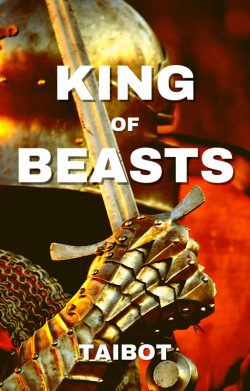 Check out my Patreon where there are advance chapters!
https://www.patreon.com/thetaibot

A man has been reborn into a land of magic that is rife with strife, death, and war. Perhaps he can shift the world into a new age with his newfound powers.

This is the first draft of a project that I update daily. I usually post first on my Patreon though.

Ok I have very mixed feelings about this story.

My child self absolutely loves the concept. 5/5 fanasty world! Magic! Beastmen! Friends have a leviathan! Fricking Phoenix powers! Helping levi kind reproduce? (Thats really sweet.) with some hints of kingdom building and political negotiation in the future. I love that stuff! (Edit: we can cross out the political aspect, MC would be absolutely trash at leading or negotiations with that terrible personality. And considering the story is called beast king, I would just be torturing myself if I read anymore)

Problem is my adult self absolutely hates it! Completely undeserved powers! MC instantly makes friends with leviathan with no proper explanation as to why. Why was levi just there? Why would levi approach a random human? What made levi trust this particular human without any ability to see their true self without making contact with his core? Its makes no sense. Another big issue is the MC's casual acceptance of racism.

You the MC kills a bunch of beast-men traffickers with no hesitation. No thoughts of any left behind family. No thoughts of changing their minds. MC was like "oh people hurt beastmen, u ded now. Ha ha slice." Despite MC having an entire life on earth he is just ok with murdering people causing humans and beastman relations to worsen. And when confronted on the issue "eww im not making making friends with a nasty human" MC is like "good thing im not one of those guys! Humans, am I right?!" Ya know instead of the proper response of "ya know not all humans are bad! I can show you. [Insert explanation why you murdered humans here] " Which would then set up for a future of humans and beastmen improved relationship because of that one human saving them. This murder and conversation just sets up all sorts of bad vibes for the MC


Clearly this MC has already decided all humans are evil and just deserve instant death. I wouldn't normally have an issue with that but its like the author doesn't realize how messed up that is. The story isnt self aware of that and it just rubs me the wrong way.

This story is definitely ment for a younger audience who wouldn't overthink things like morals or future consequences of actions. I sure they would enjoy this story more than I would. 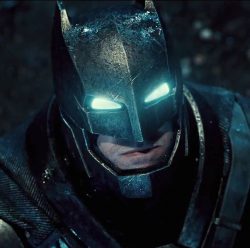 The Valkyrie
By Kathryn
Jason is a normal guy caring for his dying father, when a chance encounter with an alien symbiote changes his life in unexpected ways! Set in my “Tales of Empire City” universe. Also published on TGST and Royal Road

Reborn as Batman’s Little Brother
By Imbreak
After dying from his previous life, Lucas finds himself reborn as a baby the next moment. Eh? Why are my mother and father not here? Why is the old guy called Alfred? Wait, you say my older brother is named Bruce? My family

Living as I please, As a loli Demon King
By Waxford
One day, Ryusei Homura and all his classmates are transported to another world where they are asked to help in defeating the 12 Demon Kings. Ryusei was always looked at as an idiot, a weirdo and a pervert who always stares at girls’ breasts. He wa

Mc’s not part of the story
By Pujimaki
Mikael was a graduating student when a global summoning transported him inside a forest full of monsters. Inside this place, he would meet people that will help him reach his goal: to return back on Earth and meet his family. (note: this is
Action Required