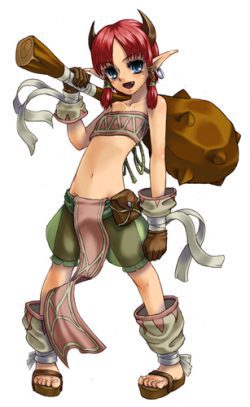 I lived a disappointing life. My greatest achievement was graduating high school with mediocre grades. I was good at making friends, but I never felt like my connections with them were real... My relationships with the opposite sex always ended as quickly as they started. I didn't go to college and I never had more than one job.

Hmm? How did I die? I was on my job making fries and thanks to the mistake of my coworker, I ended up being showered with oil. A terrible and painful way to go, right? It gets better... I thought that I would fade into nothingness, but I was wrong... I ended up in the Divine Realm of a strange Goddess who ended up laughing at me for more than ten minutes after I first met her...

I apologize in advance for any spelling mistakes or any strange grammar. English is not my first language.

This is also the second story I have ever written. The first is not ready to be shared yet. Thanks!

The image is not mine but the story is. Here is the link for the image: https://www.deviantart.com/k-cross/art/Goblin-93633936

I will be releasing three chapters per week. Mainly on Monday-Wednesday-Friday.

I will ping as soon as I release a new chapter!

All the goblin sisters were made with: https://picrew.me/image_maker/625876

The title and synopsis, while technically true, are extremely misleading. From those, you might think, as I did, that this is about him building up strength to get back at the bitch goddess who reincarnated him as a goblin. But no. It's an manga-style generic harem just with a goblin isekai flavor.

He gets reincarnated and immediately has 10 sister goblins in his harem (good luck telling them apart) that have no characterization beyond being part of his harem and a single personality trait each. He is also the only other male in the goblin tribe besides his dad, how convenient.

The cherry on the cake is said bitch goddess (minor spoilers)

So if you like harem manga, this is a story for you. If you don't, it's not. 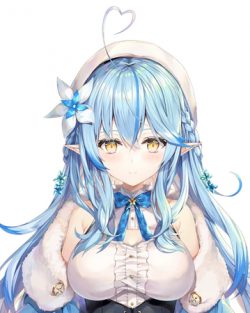 Well, first of all I wanted to congratulate you author since you achieved something that I thought I would not read again in a while: D, context xD:

I think I have read too many novels where betrayal is the order of the day like the NTR and that left me sequels that give me the feeling that every novel I start reading will end badly for the protagonist, which makes your work as writer and author be magnificent, in addition to a super cute story and quite well written considering that I read using google translator since I am just learning the language.

I can only say that it is a story worth reading

I wrote this with google translator xD

I'm giving three stars only because it is the first/second story of the author, if not I would at most gave two stars. The protagonist is shallow, let the others push him around. For example the matter of incest. From oh WTF! to ok let's do it in three second,   there a lot of nosense, for example why the f**k a marriage with the other goddess should resolve the grudge between the protagonist and the little sister? And Sara it's like oh yeh sure smart idea... SORRY the hell? Not  even an interior monologue where she explains why she thinks it is a good idea or why se wouldn't be jealous... Oh and she  hasn't a behaviour that corresponds to one of a  masochist

I'm giving it a 4 star as I think it needs work but has a bright future.

If you like a harem where the male character isn't almost useless or so stupidly dense as to make it laughable then you'll like this. It's the same if you want a some what lighthearted adventure.

Monster Girl Sanctuary (An Isekai Gamelit Tale)
By virgilknightley
Bucky Drake was living large, recently promoted to manager at his local McDonald’s. He’d already achieved life’s highest ambition, and was content to just live out the rest of his days in peace, but destiny often doesn’t sh

Echoes of Fire and Shadows
By GodlyKamui
Julius, a twenty year old law student, suddenly finds himself trapped in a void where the color white reigns supreme… A place full of nothingness… In that realm of emptiness, Julius meets a mysterious man who informs him of his death a

It Seems Like I Got Transmigrated Into An Eroge
By Xeoz
I have a brother who’s a bonafide Otaku. One time, he introduced me to this game called ‘Spirit Infinite’. An Eroge bishoujo game is particularly popular among young lads. Its popularity stems from 15 beautiful heroines. T
Action Required