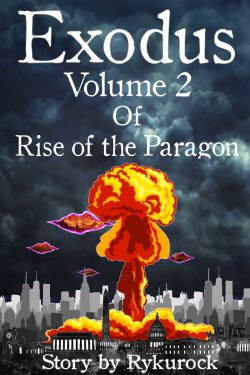 Thomas and his best friend Kevin were the top players of Holy Arc Online, one of the hardest MMORPGs in the world, and also one of the worst-rated MMOs of all time. They had both embraced the challenge it provided and had finally, after years of dedication, beat the final boss of the game. However, all wasn\'t as it seemed.

Welcome to the game, Genesis.

With the dawning of the apocalypse, so to comes the collapse of society. How will Thomas and his friends react to the world crashing around them? Will they be able to carve their own home in this new, and dangerous reality? And will Thoams be able to fulfill the obligations heaped upon him by the gods themselves?

Author\'s Note: As of right now the release schedule for Exodus | Book 2 of the Rise of the Paragon Series will be released weekly on Mondays, and Thursdays at 3:00 pm EST.

Writing Rise of the Paragon is a personal experiment of mine in writing a grand-scale novel within the LitRPG genre. I have written some fiction in the past, but none near as ambitious in the content as I eventually envision Rise of the Paragon will be. So! Join me on my journey, provide helpful criticism, edits, or whatever suits your mind! I appreciate any and all feedback!!!!

We also have a Discord for anybody who wants to talk all things Rise of the Paragon!!
Genesis Discord

Fair Warning: Blue Screens, and somewhat overpowered protagonists! The main character's point of view is described in the first person. Every other character is in the third person (limited). That's just how I've chosen to present my writing style.

REWRITE/REVISE is currently in progress. Any suggestions? Comment on their respective chapters! 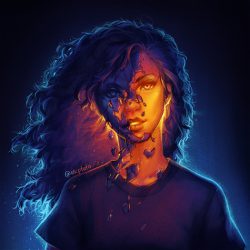 There's some good material here for sure. What this story needs is not better world building or character depth but a proof-reader/editor that is willing to slog through all the grammatical/spelling errors in each chapter. 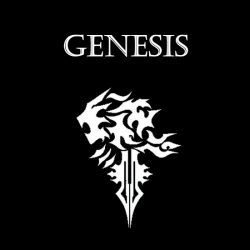 [FRONTIER ONLINE]
By Zelthias
Why can’t it work that way? In an era of VR gaming, the latest software allows the game to learn, to grow. Frontier Online is the first VR game to enable players to invent or modify their own skills. Enchanted by the idea, Ryan

He Who Fights With Monsters
By Shirtaloon
Access the discord here: https://discord.gg/CDV5SqM Jason wakes up in a mysterious world of magic and monsters. He’ll face off against cannibals, cultists, wizards, monsters, and that’s just the first day. He’s going to need courage,
Action Required