The war is over. The evil god has been defeated and the heroes stand victorious. In the aftermath, all the heroes decided to settle down and live a quiet life. All except Azel, the hero of the spear and the one who almost betrayed the other heroes.

Perhaps seeking atonement or entertainment, Azel leaves the promise of an easy life for one of adventure. Follow Azel as he fulfills his hierarchy of needs: good food, employment, glory, self improvement, and cute girls.

The earlier chapters are also shorter than the later ones by quite a margin.

No gag arcs. The \\\"comedy\\\" is mostly just banter between characters and quips from the narrator.

This is my first novel, so feel free to point out any errors.

Started reading this story today and I must say that I really enjoy it.

The best part for me is that the dialogue and the characters feel like real people. So far the characters also feel coherent and stay true to how they have been portrayed.

I generally like slow paced slice of life stories. This story is not it, even though it has some slice of life bits here and there as cooking, fishing and more. The pacing is faster, which fits the story and writing well.

This story about great slow development, with detail and reasonable pace,

A Mercenary life of former noble. In the world with common sense that can be applied to RL. So peacefull without extreme troupe that is core of some stories 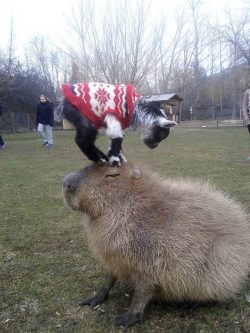 What happens to a hero sidekick turned MC after his heroing is done?

A few points about the story:

This is a story about former hero adventuring and living his life post hero.

It is pretty well written (minor mistakes here and there but quickly fixed after pointed out) and I find it interesting.

It could be called slice of life story.

So far the story is laid back meaning no hardcore forever scaling antagonists.

Its realistic looking fantasy with some romance and adventure (can be seen from tags).

I enjoy that the story shows different side of a fantasy world where heroes exist. It shows the aftermath of grand quest against evil and what life brings to a man that survived the grand quest.

This story is objectively one of the most well written novels on this site.

The pacing is well kept and the characters are well developed, not just some loose collection of tropes.

My favourite part of the story is how real it feels, how grounded the characters are, specially the hero, while sure he's strong he never seems overpowered compared to others, which is a big selling factor in adding more gravity to the story.

If you want to read something that you can really be invested in, you won't be disappointed with this novel, the only problem I can really state is that there isnt enough chapters yet to really get the feel of the plot, but hey, as far as slice of life and the title of this novel goes, this story is definitely one of the best in category.

It's an okay slice of life story with good syntax, decent pacing, and well-done fights, but it's maligned by extremely flat fantasy segments and tone issues with certain characters. Like most slice of life, but in this one that's particularly the case. Overall? It's really about a 3.4. 4 stars is very generous.

The story lacks a sense of quantifiable progress. There's a lot of underdeveloped systems in the series such as worldbuilding, magic, martial prowess levels, and crafting magic. The lack of fantasy tropes you might be familiar with in this setting are what malign the quality and enjoyment in a story like this. One predicated on a setting such an established trope like Heroes and the equivalent of a demon king where you really needed them to stand out more. Because it really shows a lack of development. There's no alchemist, no enchantment, and the monsters are basically just regular animals. It's boring.

It's his first work and only written for not seriously, but that's just the way it is. I don't see it improving hence my rating reflects that.

The tone part of my review? There are literally characters in the story that are the opposite of what the writer intended to convey in tone. By the writer's own admission no less. Yet, they remain that way I find them unlikely to be fixed.

If you can get past this flaw? Then you'll probably rate it closer to the 4.4 it has as of now. 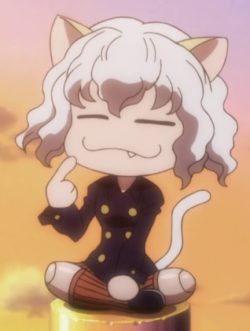 Love for yandere!
By Svneighter
After dying from the hands of a yandere , Kim Joon was transported to world which he only read in novels . The world filled with dangers of dungeons will help Kim to uncover his new side and ofcourse dating several yandere waifus along the p

The Epic of Leviathan
By InGlorius
Previously named as- A Mutant’s Ascension The CoverArt is provided by LordValmar and I really appreciate his help. This is a Fanfic… I don’t own anything!!! All the characters except the MC and all the Worlds belon

Astral Odyssey: Dying Ember
By FluffyFluffPuff
When Luna predicted a bad end for her family, she did all she could to change their fate, only to lose her life in one of her attempts. Without knowing if she has successfully prevented her family’s downfall, a deep voice that she thou

Dominator in DxD
By Nonameavailable
https://www.buymeacoffee.com/Nonameavailable https://discord.gg/yCBakJY – Discord https://www.instagram.com/unravel_nna/?hl=en – Instagram This is a rewrite, but starting chapters are mostly edited, and combined. Mo
Action Required