With his fiancé having been stolen by his (supposedly) kind-hearted and merciful younger brother, Sun Fang decides to take the high road. (To the surprise of everyone who's ever known him.) Instead of fighting to get his cheating fiancé back, Sun Fang sets out to fully enjoy the wealth of his family. After all, he's no longer the heir (his younger brother took that too) which means that he has no responsibilities. Ah, the life of a worry-free rich young master is really the best!

Complete on Patreon! XD
Join now to read all the way to the end!! 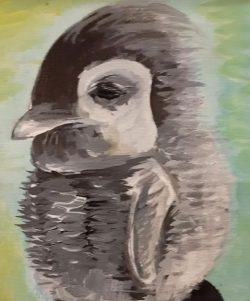 Generally, I'm not the biggest fan of omegaverse because the "alpha" and "omega" stereotypes and differences are so overdramatized. However, I do enjoy calmer fluffy stories and I found just that here. Furthermore, there's an element of secrecy and mystery in the main character that keeps you hooked to the story: why did the MC give up his family and life to his younger brother?

This and the periodic doses of fluff in the relationship between the ML and MC makes this story a very pleasant and enjoyable read. It's very easy to get boring with calm fluffy stories like this but for now I'm really enjoying this one. The writing is also structured well so thanks for writing FantasyDeath!