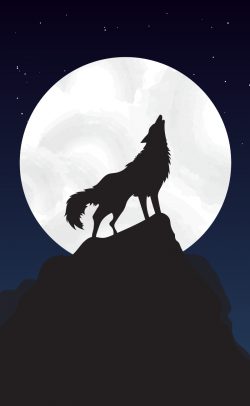 Coalescence, the Path of Transcendence, is considered a Heretical Art of the Demonic War Masters, whose evil empire was said to have been overthrown hundreds of millennia in the past by the Celestial Court. Wolves, a species that are said to have once served the War Masters, are listed by the Temple of the Celestial Court as one of the most corrupt of Demonic Beasts. They are killed on sight.

Surrounded by the Demonic Wildlands and protected by the ancient Watch Towers, a number of human nations and empires thrive atop the Great Plateau. Cultivators rule over the general populace and the Temple of the Celestial Court rules over the Cultivators. Anyone caught practicing Coalescence is sentenced to death by torture.

I am half human and half Wolf. Since I am already under a death sentence for my Bloodline, there is nothing to stop me from setting out on the Path of Coalescence. As I promised my mother, I will grow strong. When I am strong enough, I will destroy the Dragons and Dragon Gods. I will set this world, once known as Sirius, free from their chains.

Releases will be on Fridays.

Very much looking forward to more!

Not for the faint of heart or the pearl clutchers.