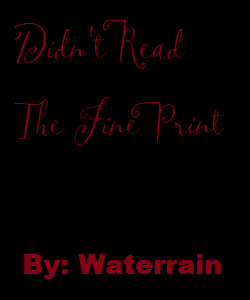 Jin Huang at the age of eighteen thought it would be fun to go to various worlds and experiencing the lives of others along with making money from it. This will be his first time earning money and having a job.

However Jin Huang did not read the fine print. Each world will be a horror type of world. If he had known then he would have never agreed for he is absolutely terrified of the horror genre, but fortunately he doesn’t truly experience the extreme horror while others are not that lucky.

In the first world: Jin Huang meets a cute little white fox who is actually a fox demon. To be exact a fox demon that traps whoever enters his villa for almost an entire week after the first night of staying there. Of course the stay there is highly unpleasant despite the food, soft beds, warm clothing, and etc….for there are quite a few vicious ghosts in the villa mainly showing up at night. On the last night the fox demon appears to directly kill anyone still among the living after having his fun of tormenting the unlucky humans or at least that was the plan, but that all changes because of Jin Huang.

Personal Note: I have been inspired by reading various Danmei (Which means “indulgence in beauty”, it is China's version of what is often called “slash” fiction in other countries) Novels Online along with F/M Chinese Novels which have been translated. There’s a lot more of the F/M Novels translated than Danmei (Machine Translated Novels Using Google Ah Makes A Persons Head Spin and Not Too Reliable Either). 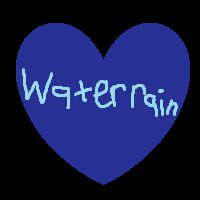 Pet x Play
By uenala
Vetita is an adult virtual reality server without rules. In this lawless fantasy world ruled by kings and warlords, all forms of murder, slavery, and illegal acts are possible. Only the most hardcore players would find this sort of extreme setting

Petrichor [BL]
By yiyuehua
The first hints of spring bring with it the Corruption – an anomaly of strange sightings and missing corpses. Shu Haize really isn’t interested, but what was supposed to be a short excursion to locate his only friend has led to something he

Moon Theory [BL]
By yiyuehua
In the peaks of midwinter lies an unconscious young man with snowlike hair and startling, duotone eyes. His features blend so much with the tundra he just may disappear. Strangely captivating, but such an appearance is no doubt inhuman. The

The Villian Is Healing (BL)
By TingTang
Xiu Mo once read a novel. Through this novel, he fell in love with the villian, Sheng Li. Once in the novel, Xiu Mo once again fell in love. ____ Hello, this is the author~! I am a newbie when it comes to writing so please be patient

Twisted Magic (BL)
By bjwebb
His magic can heal anything–except a broken heart. Book one of The Knights of the Twisted Tree. The war is over, and Korin has come to Triome, the greatest city in the world, for a fresh start. But Triome holds its own dark se
Action Required