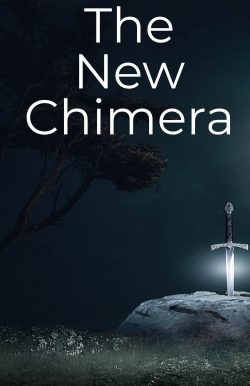 This is a story with wasted potential and unfinished characters. I'm going to preface this with the fact I think the author had a really solid foundation for a unique, interesting, and deep story the author, however, didn't capitalize on any of it.

The characters are all bland. I can see them interacting with each other and they should have their own unique presence... but they just don't... even if they do the author quickly forgets the traits that made them unique in favor of a bland character design. The biggest example of this would probably come from Lilith and her parallels. At the start, they had strong foundations for unique and interesting characters but as time went on you would find yourself hard-pressed to tell them apart except for key moments where maybe one defining trait will pop up for a moment only to be gone a moment later.

Another problem is the fact that there is no tension in the story at all or any sense of power scaling. Kali quite literally stops problems from happening and gives the main character power-ups all the time without the main character having earned or a justifiable reason for earning it at all. In fact, Kali's powers (she the administrator of the universe so basically a god.) are quite contrived to what the author feels she should be able to do at any given moment. If she could solve the problem then she can't because she doesn't have enough god power (or worship), but for anything else, she basically has free reign no matter how absurd it is. Basically, the author creates artificial problems and then refuses to solve them to create a fake sense of tension. The tension fails mind you since we have experienced several examples of her interfering when the plot demands it, basically giving the main character a get out of jail free card whenever she wants.

I could go on about how forced certain interaction and plot developments feel another point that loops back to my original paragraph is how Lilith and Carmen fused together essentially merging their personalities together, plus making them go into a several-year coma. It comes out of nowhere, it's clearly in an effort to make her "organically" weaker than future enemies (doesn't work organically btw.), and the emotional impact of the whole situation is weakened by the fact that most of the characters don't react to it outside of one single chapter. Lastly, Lilith and Carmen's "merged" personality isn't actually any different than Lilith's making the so-called merge pointless. Their are countless examples like this in the story but this was one of the more recent and stand out contendors.

Falling Over
By QuietValerie
Coby was once again forced to go to a college party by his best friend Brook. He hadn’t been counting on much happening, he was an anxious nerd after all, but waking up in his friend’s bed as a gorgeous girl was pretty damn far out of

Gauntlette
By QuietValerie
A protest turned violent, a moment of decision, a friend in danger, and an ancient war rekindled. Itias has grown up knowing he has magic running through his veins. Magic that his family have sworn to never use again, for fear of a violent a

Faraway Survivor
By Madeus
The world has come to an end. Everything else is destroyed under the disaster. The boy escaped from his hometown to a very faraway place. The bo.. girl will start her new adventure. This time she will live a life without any regret and achie
Action Required