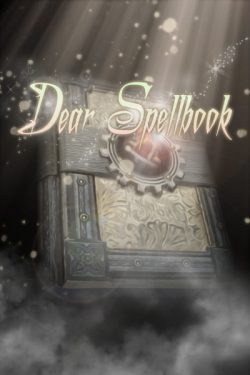 Tal is a sorcerer in a world where they are killed on sight, traveling with a man charged with carrying out the task. Every night Tal must pretend to study his Spellbook to maintain his disguise as a Wizard’s Apprentice. If his disguise slips and his charade is uncovered, it will be his death sentence. Seeking answers to mysteries that arose after his parent’s murder, Tal must accept any allies, no matter the risks, to uncover his family’s secret.

Despite his best efforts to avoid adventuring, adventure seems determined to find him. The big problems of his past keep being eclipsed by the problems of his present. Now trapped endlessly reliving the same day, he must use the skills at hand to find a way out.

I've read many chapters of this lovely book on Royal Road already!

This novel's lovely protagonist Tal is a sorcerer living in a world where sorcery has been outlawed and people who practice it are murdered and skinned alive, as is tradition.

To begin with, learning sorcery for the hero was a challenge, as it required his mom to place him into extremely dangerous, wilderness survival-type situations in which his talents and skills would emerge, but also he would be blessed with hypothermia and other ailments.

Secondly - our newly minted sorcerer must survive by pretending to be a wizard. Lucky he has a wizard's book on hand, which he mostly uses to draw caricatures of people he meets, pretending to be writing down spells.

Stylistically, this story has an interesting angle as it reads entirely from the point of view of Tal's wizard book, into which he logs daily journal entries. The book becomes bound to his soul, so the more he writes into it, the better he remembers events. The book's magic basically blesses him with eidetic memory.

Not mentioned in the description is the fact that Tal is trapped in a ground-hog day like situation in which he is repeating the same day. Slowly, over time the protagonist uses his book to understand the situation better and to also take advantage of it and of his perfect memory, by outsourcing event monitoring jobs - which is a creative and fun take on "the protagonist is stuck in a time loop idea" and is something that I've never seen in groundhog day type stories.

The world is full of rich detail and fun bits and feels deep as do the various characters that Tal interacts with from the comrade who is supposed to murder Tal for being a sorcerer to the kids whom Tal recruits for monitoring the loop events. Additional concepts such as - wizards who's daily, mundane job is to magically blow wind on ship sails to make boats go upriver make the world all the more believable.

The puns [such as trying to determine a name for yesterday-today] are creative and hilarious too, which is a plus.

So every nerd on the internet at some point learns about D&D classes, this is the first time I've seen a Sorcerer forced to mascarade as a Wizard otherwise the Paladin will brutally murder him. This also goes into the theory for how a sorcer gets their magic and learns their spells. All in all a really cool read.

I have been following this story on Royal Road, and I have really enjoyed it so far.

The main character is a scholarly young Sorcerer/Wizard who has a lot of complicated problems to solve. The Dragon Blood Sorcerers recently attacked an important town, and he and his adventuring companions are likely to have a role to play in what could be a very nasty war. The most powerful organization on the continent is the Wizard's Tower, which has found a way to weaponize the bones of Sorcerers, and therefore tries to kill any Sorcerer they can find. Our Hero needs to conceal the fact that he is a Sorcerer, especially from the Paladin he is travelling with, who might kill him if he found out. He needs to find out who murdered his parents, who were investigating an ancient global catastrophe called the Flood, which destroyed most of the world centuries ago.

But important as all these problems are, none of them immediately matter, because he finds himself trapped within a mysterious time loop, which only he seems to be aware of. It's a good thing he has a powerful, possibly sentient Spellbook to help him. It's just his luck that as long as he is trapped in the time loop, he has to wake up every morning with the worst hangover of his life.

While the spelling is not perfect, it hasn't been bad enough to significantly distract from my enjoyment of this story.  I can recommend this story to anyone who enjoys reading of a smart protagonist who is in a position to learn from his mistakes.

The story hooked me well enough with some humor in the earlier chapters. I may amend or add detail to the review as time progresses. I dislike time loops as a story concept, cardinal sin after Mother of Learning blew up I know, but I tried this story anyways and was not disappointed. Although I disliked Blessed Time, this story made me consider giving MoL another shot at some point in the future, even though initial chapters did not hook me. There's a decent amount of worldbuilding being done to distinguish the setting from a more generic medieval fantasy, which is always a plus. The eponymous (correct use of the word?) spellbook and the way our MC utilizes it keeps the story interesting as well. Even some of the functions which seem remarkably mundane to us readers really help Tal in the loops. The amount of exposition on both the magic system and the world's history are just about right, we're not left in the dark but not bombarded with info either.

I encourage people to try it. 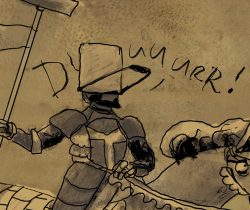