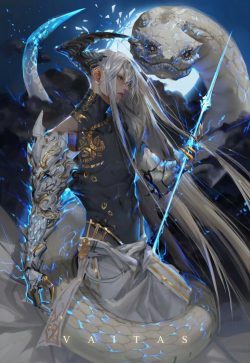 A man who becomes a boy once more, a boy destined for greatness but would he walk the same path and make the same choices as his predecessor was destined? or would he walk a different path?

A spear that embodies everything, flowers adorn him with petals some to the end of time but others wither against its turbulent waters.

A bloody carnage for the ages.

The twilight of an era, in his image, spawns of the unholy trinity usher and receive the baton and herald the era.

Winter is coming as it chases his shadow.

Death brings its army with his hands.

Soul shatter in the storms present in his gaze.

Once spear to end it all, one spear to begin it all.

10 00 years after one legend, another comes to fruition but is this a good or bad thing for the people of the combat continent?