I'm poor. I'm fat. The girl I like just turned me down and I even got beat up for it. I just wanted to go home and play some video games. Now, My life is a video game called Dungeon Life, and I'm expected to risk it every day for rewards. Well, too bad I picked a supporting class and am too socially awkward to get by in a party. Wait... this world has slavery? I can have beautiful women fight for me, and then warm my bed every night? Perhaps this world isn't so bad after all.

If you've read Slave Harem in the Labyrinth of Another World, this is my take on the slice-of-life genre. It's about navigating dungeons, fighting monsters, and enjoying the finer things in life with wealth gained. Yes, the chapters are short.

Way better than the premise promised. It sounds like Slave Harem in Another World, but unlike that flat, bland, time waster, this one actually takes the time to explore the world and characters.

Some things are pretty convenient, but what's new in an isekai series?

In this short time, this author's been able to create a compelling plot and character duo, though the real test to their writing ability starts here.

That said, I'd be willing to give this story a 4 or even better if the author didn't split up every chapter for cheap views.

Releasing short chapters every day is bad (IMO), but further splitting those chapters into three every day and separating them by 30 minutes is a terrible abuse of the system.

For that reason alone, I dropped the score quite a bit, and I wouldn't be surprised if a lot of others who gave low stars but no review felt the same.

It has the same line of thinking as 'Slave Harem in another world', but I think this story is better. MC's class is suport, which I usually play in most games, one of the reasons why I became a fan of the story.

A pretty well written story about someone who is not only in a new world, but is also firmly in the supportive role. He clearly isn't someone who is going around kicking in faces and in fact has to put forth some effort to get what he wants. He's actually somewhat below average all around, neither brave nor strong and certainly not a genius.

That's not to say he doesn't have the potential to be a strong leader, it's more that his potential is in actually leading and helping others become better than they were when they join him. He has to actually grow to get to that point though. I find this fairly refreshing after seeing many stories about protagonists that may as well be gods "lowering" themselves to slightly above average levels and making their followers stronger as a way to fail at concealing their own overpowered selves. 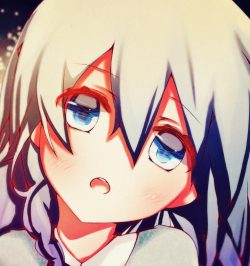 This story is a wonderful piece of work. Despite seeming low effort compared to some of this author’s other novels it’s still one that stands tall on its own. This story isn’t like the authors others that take more unique routes, but it executes a well-known genre in a way that none others have. The idea of lore, in particular, is spectacular, certainly not something I could ever think of. If you want to know what I mean, just read on.

Wow, I can't believed I caught up to the most recent chapter in less than one week. Great story with a cool and interesting leveling system 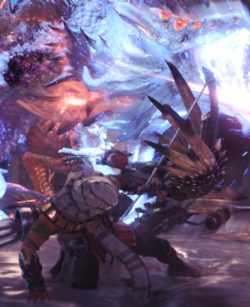 One thing I noticed on most novels these days.
C13

1. The Protagonist does not have self confidence. (Typically no balls, always retreats before he even tried. I know that most of the argument of their authors are usually survivability. But think of it, if you have a protagonist that runs away immediately before the fight got even started. I mean look at this one for me its better for the Protagonist to taste defeat rather than running away it will give the story more color into it. Also look at this situation there are so many people that can save him if things go haywire yet he chose to runaway. If that is how you see it in your life you will not achieve anything. There was this one line that become popular before it is "We must fight to runaway" this words is the real deal, not the "lets runaway from a fight".)

2. In terms of power Protagonist are usually overtaken by their girls. I mean literally their girls can kill them a thousand times already.

3. Protagonist are too softhearted, if your style is to runaway before a fight then you have to be cruel enough, and not too magnanimous on every decision (Stop thinking with your d*ck). Those type of personalities just don't sync well enough. If these events were to happen in real life then be prepared to have a lot of funeral because your enemies will hit you hard where it hurt (EG: Killing those close to you before you.)

4. There are many more but it will take too many words and im a lazy person to type those.

P.S: I'm just saying my opinion and did not say I don't like the story after coming across this action. I'm not the type of person who will drop a novel just because there are some actions I hate. I will still give this novel a try but of course I have my own tolerance as im not a masochist if it hurts for me to read I will immediately drop it. Im not judging a novel by its Pre chapters who knows what will happen on later chapters right?.

1. He realy lacks self confidence. He did not want to try even if that is one of his path to survive. If its not forced due to circumstances theres no way this gaysh*t will survive.

2. He wants something but he was not working to get it. That is a bad example I just want to remind the authors that is not how the world works. And they have a lot of readers, what if some kid reads this and adopts it to his personality. You have contributed to the downfall of mankind there.

its a worthy read highly recommend

This story talking about MC who have a hard time in his life. Having a trauma and got transported to other world. He got a power however he not used to the kindness of people give to him. The obstacle he face will likely make us so emotional (in other words how IRL worked.) So far the story is not disappointing me. Just each chapter cliffhanger make me really so emotional but I still like it. MC slowly start to change and we just need to wait and wait patiently. I like this novel so much because how the story take. Real and hard to guess what will MC do and what will happened to surrounding. Unique of each character on novel so far. For English...I not expert here but for English reader it can make me understand to read it. Also author make a good job playing reader emotion and how the story take. Each of the story show each decision had effect for the character. Like I said.. this novel is so real like in real life. You cannot use common sense of any novel you had read so far.

This is great. I would say much better version of Slave Harem and like the MC much more. Lydia is a great character as well. 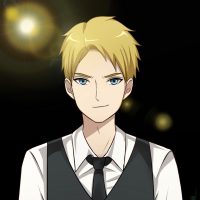 Bang Dream! My New Life Story
By Oka
When He died he was given a chance to reincarnate to different world by a suspicious goddess. In his past life, he can’t enjoy his life and died young. In this new world he find that many character from Manga, Anime, and novel
Action Required