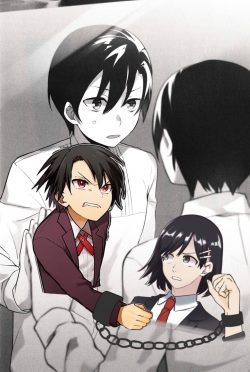 When he came to his senses, Hiroshi Kishino, an ambitious highschool student, found himself in possession of the body of a game’s character. Except, said game character didn’t exactly leave.

Moreover, it was Harold Stokes, the story’s most hated character who was even given the title King of Trash by the players.
After a painful, mind-splitting lifelong process of sharing eachother’s memories, and the subsequent ripping apart and re-patching of their egos, how will the two work together to fully utilize Kishino’s knowledge aqcuired from his overly curious mind that also never stopped overthinking the realism of the various worlds he tried to write for his manga?
Oh, and maybe also avoid death using game knowledge along the way. Harold seemed particularly adamant about that one.

BTW: This is intended to be absolutely readable by itself as a stand-alone, but it is a fan rewrite of My Death Flags Show No Sign of Ending by Izumi.
My original intent was to rework (I do love the original btw) some of the stuff I didn’t like, put a small twist on a few parts, and to go deeper into some aspects of the plot and characters that I felt could have been further explored. So, mostly keeping to the source material, but as a send off point and rough guideline. So obviously, it’ll have spoilers, but if you’re not going to read My Death Flags, you don’t have to worry about that.

NOTE: I am aware that many people would like me to finish this story through to the end. But please, if you feel similar, do keep the feelings to yourself.
If you’re wondering what I’m talking about, read the reviews.

I like the original, this is a placeholder to see how this fanfic goes.

Author, Just keep writing, and make sure to FINISH, however that happens, whether with the death of the MC or what. Just finish it.

You're awesome for picking up your pen and writing.

Really well thought-out alternate universe version of the light novel. In this, the original Harold is still present when the isekai'd protagonist Kazuki 'wakes up' in his body. The first chapter does a good job of portraying the confusion of suddenly having two contrasting memories/personalities, and it's nice to see how the abrupt wake-up call affects Harold (for the better). The values dissonance between the two is well-done and doesn't feel forced, and the two main characters have a fun sibling dynamic.

Honestly, some of the plot points and interpersonal relationships between the characters are handled better in this than in the original, so even if you haven't read the LN this is based off of I would still suggest it.

This is a very solid 5/5 stars for me. In the interest of full disclosure, this account was made specifically because of this story and my desire to review/comment on it. I won't claim it's perfect, but the author is making no money off of it and as far as I know they don't have an editor. I look forward to what they have in store for us in future chapters!

I agreed with the first review

PLEASE FOR THE LOVE OF GOD FINISH THIS STORY, WHATEVER THE ROUTE YOU CHOOSE

BUT AT LEAST FINISH IT PLEASE I'M BEGGING YOU

edit: I totally love how you did all of the plot, is much better in my opinion, cause 2 soul in 1 body I've been liking this kind of plot, and then I'm just asking you begging you please make Erika useful, not to be like a certain pink haired girl 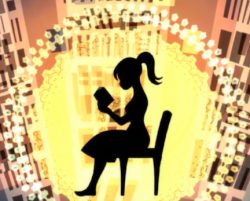 America In Another World
By RonTheBlackCat
One day in 2019, the United States of America finds itself transported to a new world. What will happen if a modern superpower from Earth finds itself in a world with magic and technology ranging from the medieval era to World War 1? F-22 R

In the House of a Witch
By FashionableForestDweller
While hiking during an extended weekend from grad school, the slightly airheaded Rose Snyder slips through a gap between worlds and encounters a witch.. With no way to return, she must adapt to the strange world of magic and danger, and find her p

Transmigration to the Otherworldly Heavens
By Werelynx
Transmigration is really tough ordeal. You never know what is awaiting you on the other side of summoning circle. There is bound to be misunderstanding, confusion, perhaps a certain amount of violence. Isekai, or an Otherworld, can be full of dang
Action Required