(DISCLAIMER!! : English is not my first language, and I am still learning. I used Grammarly to fix it. But in the end, it is not perfect.

A revised chapter end with (*)

My name is Ari, A rich second generation. My parents had spoiled me since when I was a baby. I live my life like I am a king. I am a winner in life. Until one day, my father offends someone he should not offend. My life suddenly turns 180, and life becomes miserable. Later, I died, killed by my own mother, who lost her own reason.

When I woke up and found myself becoming one of the twin daughters of an ordinary family, I swore to god that I would live my life to the fullest and not fool around anymore.

I will live my life as Miyazaki Aria.

Irana reincarnated into an alternative world where Esper and a monster exist. Even so, ordinary people didn't know the existence of Esper and Monster. She didn't remember who she was in her past life, but she had the knowledge clearly embedded in her head.

She is an Esper with an Ice element power system (cryokinesis). She was having been in harsh training under her father since age 7. She is highly skilled in combat and easily overpowered her opponent in one v one, but not so much in group battles. Her Elder sister, Miyazaki Aria, is also an esper with a dangerous power that needs to stay unawakened. She gets instructed never to let her Elder sister ever find out about Esper and her power to avoid an awakening incident. Irana vows to take her duty seriously, protect her elder sister, and ensure her power never gets awakened.

Genre Shifts/Flips/Gaps/Whatever are generally something one can not simply do well and easily so. As much as something 'dark' could enhance something 'cute', it is more than likely that 'ruin' is the actual effect. (One can however easily use something cute to make something darker.)

Here we are supposed to have a 'cute' (oblivious) genderbent protagonist and the Slice of Life antics which clash severely with the pseudo-philosophical esper action or rather what appears to be:

I stopped reading at that point especially since such a genre or anything similar that juggles with 'creative concepts' gets far more ruined by bad grammar than SoL is... and the grammar sure is a true eldritch horror during the not-cute parts.

Some want to read, some want to infer whatever the author is intending to write and I, well, I am in the prior camp. I ain't making a spreadsheet about which chapter belongs where chronically.

I am also not entirely sure if cleaning up the grammar will just solve everything since apart from the genre gap working against the 'cuteness', I hazard to say that both are too fast paced/lack detail.

This story has great potential but it was ruined by grammatical mistakes and writing mistakes. In scribblehub, there aren't much actually interesting modern fantasy. The only one that actually caught my interest was Magical Girl Aki's Secret and all the other ones failed miserably due to one reason or another. This is one of those.

The grammar in this story is unbearable. It is so bad that sometimes, it's barely readable. I really don't know why the author didn't hire an editor if they could afford an illustrator.

Some bad writing choices were visible here and there. Like a brief mention of a smut scene in chapter 2 or 3 between MC and her imouto but didn't write the actual smut nor does it have any impact on the plot. Please, when you write something, don't write it if it doesn't serve any purpose. Another example: there is a scene where MC and another girl were selected to clean the toilet. The description of how dirty the toilet was is waaaaay too short. You need to be able to determine what part to write in detail and what part to omit.

There are plot holes in the story. If you look for them, you will find them. I won't write them down in detail here tho, if you want, look for them yourself.

Author you need to organize and edit your story massively. I don't have much of an opinion on the grammar or details for now because the mess of the story distracts from any other con like characters and such.

Final thoughts? The author is biting off more then he can chew because he is trying to add every genre like Espers/Magic/Gods/Isekai/Yuri/Gender-Bender/School-life/Monsters and a bunch of other crap but fails spectacularly. You should read something like Magical Girl Aki for a Similar novel but much better. There is also the novel "I'm bored so I decided to create my own secret organization" if your more into the Esper/Secret Organization type of stuff like the To Aru Series.

P.S: The characters are not much better. This review would be far to long if I have to go into detail on everything but for short, the characters and the MC in particular are in as much a mess as the rest of the story.

P.S.S: I would like to repeat that this story needs a MASSIVE Edit. You have a good idea for your story but its written badly and the execution is bad. You should truly read Magical Girl Aki because this story is very similar to that one but written much better. You can get an idea of how to write your story better from that.

This was a very good series. The grammatical problems have been mentioned so many times by others, so no need to repeat that. However, I did have a problem with the overall structure of the story. I feel like the story suddenly got way too big.

It is important to keep it gradual. If a slice of life story suddenly starts talking about very serious issue it becomes difficult to digest and understand. It is not to say that it shouldn't be done but rather there should be enough buildup.

For instance, as mentioned in the spoiler above, there are many stories that suddenly take a different turn altogether. For instance, in That time I got reincarnated as a slime, when Rimuru becomes a demon lord was very different as someone who didn't kill any humans till date and wanted to exist in harmony with them, ended up killing thousands of people in an instant. This scene definitely differed from the original slice of life, no-consequence, forgiving vibe that was their before. However, it had a lot of foreshadowing in fact, months before this event even took place.

Similarly, we should have some foreshadowing, some inkling that the story is not as grounded as it seems and slowly build up to give us that drastic change. 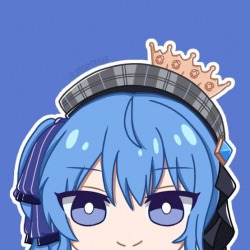 It's a great novel I am really happy to come by and see this novel in my recommendations and also please take care of yourself And take a rest hope you feel better after!

Nice 👍... hope there will be more pov for irana and more misunderstandings... 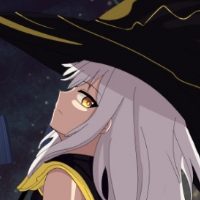 Lolified ~ Restarting Back to Ten Years Old
By FlyingPirateCat
Nekomiya Rimu, an ugly fat 25 years old woman worked as an employee of a black gaming company. She suddenly found herself returned 15 years ago to the time when she was 10 years old. Now what will she do when she had regained her loli

Becoming #1 With Stun-Gun Hero!!
By Calvin_Waterson
One day a normal 20 year old wakes up in a room he has never seen before. He looked on a phone next to his bed to read the date. June, 21, 2148. He then discovered he was in the body of Denki Kaminari. How will he stand at the top of his class as
Action Required