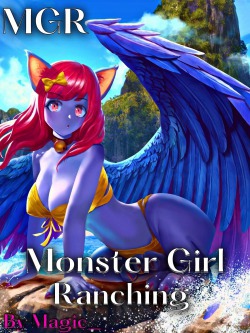 [Dear Readers, this book is slow paced, but it is worth your time!]

Zack "Kazz" Foreman once was a human from the earth when humans went through a dramatic change because of an event. This forced them to evolve into energy-based beings but was sucked into another dimension.

Forced to start living out lives on random worlds in a fractured dimension, Humanity is placed on the path of complete extinction.

This is controlled by a demon king at a place called The Center of Everything.

The Demons try to force Humanity's mark from every reality, so there are only demons, but the Demon King feeds from anger and pain. A constant tournament going at the center of everything to feed his hunger.

Kazz made it to that point once, but was tricked, refused entry to the tournament because he had been offered a place one of the gods of the worlds.

Refusing to give up, Kazz goes back to the beginning to start again. To do this, Kazz must give up all of his memories to choke the flow of demons born fully grown from a pool of recycled souls.

This journey starts after he lives a solitary life trying to get stronger but not knowing why. The world Kazz is on is like our earth, but it was only a mimic of the earth we know.

Caught using steroids and about to give up and join the army, Kazz stumbles onto a cave in the ground. He is transported to a world filled with demons and monsters, and a human god named Hero is speaking in his head.

Hero, a person Kazz knew but was not friends with, followed him to help but was lost from him. Upon meeting Kazz, Hero offers him the Hero System to help him advance in this new world.

Kazz refuses after trying to get to the top and failing to use the easy route. This starts a series of frustrating events for both Heroes, but they learn to work as a team over time.

Kazz will meet misbegotten monster girls and demons that he agrees to take care of in this world, using the Ranching System. It only gives bonuses to the girls and skills to help raise them, but he will also learn to control the Elements with Shamanic abilities.

The first book is about getting off the island and getting Zack "Kazz" Foreman's memories back!
Discord:https://discord.gg/hQHJrZCYZu
Patreon: https://www.patreon.com/join/Magic_?

Special Thanks to:
Grangel: I swear he writes half my books with all the fantastic ideas I get from him! 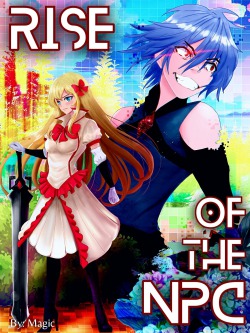 The True Endgame
By Ace_Arriande
What defines endgame content? Is it raiding epic dungeons to take down the strongest bosses there are, or is it facing off against other players to climb the ladder and become the top PvPer? Is endgame content gathering materials and crafting the

The Monster Girl Heroines And The Man Who Loves Them
By Sebas_Guzman
“Welcome to the Hero Hub! Are you ready to embark on the greatest undertaking of all time? We are all that stands between the Imaginal Realms and utter destruction! It’s up to us to find the Heroes who were cut short of their potential

Immoral Agency (Illustrated Fiction)
By ThanksALot
We are aiming to be the number one agency in the world! Reaching high above in order to be immortalized! That is what we tell people. But… Right now in my bed. My agency’s talent is sleeping on my right… Her manager, too, is sleeping o

One PIece Ero
By BoredDWriter
A boy gets reincarnated in the one-piece world with op powers that could potentially make him the strongest man in the world. But first, our hero needs to do the thing he came here to do in the first place and ie to LOVE (Bang) all the beau

Help?! My Harem is Trying to Kill Me!
By ForIAMRebORn
The Council of God’s granted me one wish, so I told them… “Reincarnate me as a Harem Protagonist in an H game!” “I…you…wha…uh..e-e-e-eeehhh????” (This story is purely for fun. So I ha
Action Required