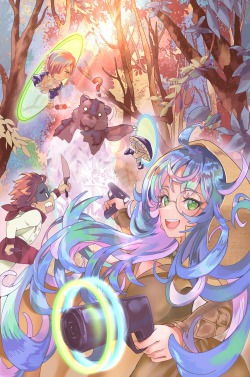 Being summoned to another world, Claude Evers finds himself in an all too familiar situation: He is a hero, destined for GREATNESS. There's only one problem - his attack and magic capabilities are basically zero. He must rely on his wit and personal abilities, rather than his attributes, to succeed. That, and his mysterious 999 Critical stat, which appears to be maxed out.

Faced with no other choice, Claude becomes his master's... chef? With such fearsome enemies in this new world, what solutions can Claude hope to cook up?

This is a tale of a normal man who delivers delicious food while cutting his way through his opponents by exploiting critical attacks on weaknesses. And the many other summoned heroes who possess advantages that Claude doesn't have. This new world is not what it appears to be.

I don't like how this novel makes me feel.

There's too much stress. Rare are the chapters that people don't find themselves in a troublesome situation. I can't calmly read this; constantly finding myself blazing through chapters to see trouble resolved. But then new trouble rears its head. There's not enough downtime.

I am astonished this story has only a 4.1 stars rating at the time of writing this review, and I can honestly attribute that to possibly jealousy from other people or authors on this site giving 1-2 star ratings early for no reason. This author, BY FAR, writes better than 99.9% of the pure-hot amateurish trash you usually find scribblehub's trending section. The grammar is pretty much perfect with very few mistakes, the plot in the beginning is very light but picks up heavily after about ch20 or so, and it is basically a perfect rendition of a Japanese light novel, with nice twists, through and through. I have been reading translated light novels for years, moved on to RoyalRoad and then scribblehub just for more content when I can't find anything new, and I can say for a fact that this light novel (appropriate to call it one at this point) fits in perfectly amongst the better half of them.

Edit: The below criticisms were remedied in literally the next couple of chapters.

Any criticisms I have are very minor: our main female lead is somewhat poorly fleshed-out in my opinion at this point compared to other supporting characters like Pietro, Cornelius, or even Stark. She seems very robotic, and really only has a brief backstory early in the story with nothing really else to add to her character (I like Katsys WAY more despite her having way less 'screen' time). She is somewhat boring and uninteresting. Otherwise, nothing really worth mentioning in my eyes as faults. I feel like I have found a diamond buffet, and will continue to binge read!

Fun to read and the characters are likeable without being too sweet.

I also agree with the previous review: All hail acupuncture techniques!

Great story. The thing that stands out most is the focus on good characters. They aren't the tropey, flat ones that are normally in isekai. They get developed pretty extensively throughout the volumes.

More than that, the way they are written moves me, making me love them or even hate them at times. Things are interesting, unpredictable and twist and turn so much that I can't help but find joy in reading it.

Very unique story, especially when it comes to isekai. The thing that stands out is how it really shines as a novel later on, compared to the beginning. That's really unlike most web fiction (which usually starts off with a promising idea, only for the plot to fall flat or get generic later on).

The premise is straightforward at the beginning, a guy getting summoned to be some kind of hero, only to become more of a servant. Cue slice of life chapters with a sprinkling of action as he understands his powers. It's an okay read at this point, nothing special.

With each volume, the characters then become more fleshed out. Circumstances revolving around the nature of these hero powers drive the plot towards more action and conflict, and that is where this story seems to shine. It dives into surprising territory, leaving me guessing as to what would happen next. And seriously, this writer seems to like random plot twists. They keep happening, sometimes out of nowhere. Sometimes almost annoyingly so (but that's just a personal qualm, since they just stuck out to me).

Altogether, an interesting story and well written. Falls perfectly in line with Japanese light novels. Arguably, better written than a good portion of published ones. Though, I wonder if that is really even a positive since isekai light novels are generally pretty poor to begin with. In that case, I'll just say that this story could sit near the top of them.

Not a summoned hero but a normal (if rare) summoned famiar.

The worldbuilding is pretty classic but not too cliche. The characters are very interesting, and the way the world interacts with the gamelike system is interesting. 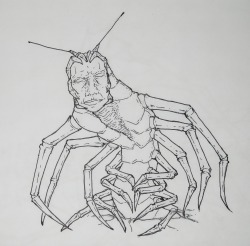 I ran a marathon only to receive a PB&J sandwich... With raisins

This novel is so frustrating to read sometimes that it feels tedious. It's tolerable, I only sometimes skim through chapters, but vol.7 feels like too much.

We Didn’t Ask To Be Here
By Elamimax
A Demon Queen. A Hero. An inevitable clash. When both die and find themselves in a world that is alien to them – but familiar to us – they have nobody to rely on but themselves. And maybe each other in this spin on the familiar

Machine of war
By AFP_Writer
During a military exercise, one of the tanks was transported into another world. Its crew was forced to do their best to survive in the world they know nothing about while having only their tank and their companions. Will 3 tank aces be able

The 3rd Law of Cultivation: Qi=MC^2
By Werds_Are_Tough
In which we break down the science behind the Dao. A lighthearted story about a guy transmigrated into a Xianxia who decides to make the best of his situation by pursuing his love for Science.
Action Required