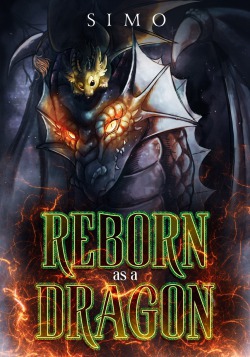 My name is Tim, or it was until I died. There was no light at the end of the tunnel, no white room to choose any cheats from, nor was there any meeting with God.

I didn’t die heroically while saving someone, and I certainly didn’t get hit by a truck. My death was rather stupid and anticlimactic, I had apparently bumped my head while sleeping and passed away...

That should have been the end of the road for me, but like many self-proclaimed main characters, I joined the army of multi-dimensional travelers and was reincarnated.

Being an avid light novel and manga reader, I would have been excited about the opportunity, if not for my new siblings, who tried to kill me as soon as I was born, or for my mother, who seemed to have a thing for throwing me off cliffs. And let’s not forget my murderous father, who forced me to flatten a small country as my Rite of passage.

Oh, did I mention I was reborn as a Dragon?

Very original story about a reborn dragon growing up

While not not being flawless in writing (which I actually don't mind much), the story is very enjoyable and advances in a slow but steady fashion, where we discover an unknown world of magic, monsters and gods with the protagonist.

I didn't expect to like this novel as much as I do!

It's my first time reading a story with a non-human protagonist, I love it! I love the pace, it doesn't get boring at all. I have the bad habit of dropping novels whenever I feel like nothing is happening but I actually binged it up to this chapter, my gawd, I gotta turn in an assignment tomorrow T.T send help.

The main character actually acts like a dragon, not in a bad way tho, the dragons in this story are smart and strong beings, each of them having their own personality, so it's just like reading a story with human protagonists... just that they aren't human at all lol. I also love the bond he shares with his family and especially with his siblings, so cute.

The writing style is easy to read and the author doesn't use unnecessary words to describe stuff or repeat things. I hate it when authors repeat things over and over again, FOR WHAT HUH, just interrupts the flow of the story smh. Oh yeah, and the author seems super nice too, gl to you author and thank you for this story :) (even tho I'll die tomorrow since I gotta finish this crappy assignment, I know that I'm the one to blame tho, wheeee T.T)

An actually pretty amazing dragon story. Unlike most dragon stories where the dragon thinks and feels like a human, this one actually acts like a proper dragon! Love the story and the characters. They are very interesting and so far I'm liking the world building too as small hints are being constantly given about the outside world. All in all I recommend reading and I'm sure you won't regret it.

The novel starts off with the introduction of a typical shut-in emotionally fragile MC. He is reborn as a water dragon that has 4 siblings he is 'big brother' of them. The story was OK at first but after he experienced facing the golden eyes of the progenitor and supposedly experiencing countless dragon lifetimes, then fully accepting him being a dragon not a 'human in dragon skin'... well he still acts like he used to. He is mostly dragon of instinct then of mind. 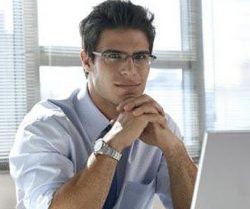 Reborn as A dragon is a reincarnation story where a man is born into a family of dragons on another world.

Plot and Theme:  This is an exploration/slice of life/cultivation story based around a dragon's life. There is exploration of the internal landscape, but its minimal. The strength of the story is in its exploration of the world and the social interactions between dragons and other species.

Good points: Its refreshing. The author creates an entire world around the story's protagonist. The story doesn't sugarcoat the Dragon Supremacy culture. The ultra rigid society reminds this reader of Sparta: only the strongest and most fit survive. Everyone else is a rival, a source of food, or a pest. Dragons are not human. They don't have human morals. The reader will find brutality but discovery as well. The protagonist might, eventually, have moments of insanity some will confuse with mercy.

Bad Points: The prose and style. I kid you not. The prose is something written with no care to style. It is beyond amateur and more than a little lazy. As/while conjunction abuse, rigid structure, telling vs showing, gerunds, bloating (excessive wordiness for simple concepts), lack of significant description, Point of View bouncing, tense slips, passive voice vs active voice, basic orthography, punctuation, etc. In fact, this work doesn't miss a single bump. It holds on to literary problems like an alcoholic to Jack Daniels.

1. As/While abuse.  As/while subordinate conjunctions are abused in order to speed the narrative along without care for how many times they are repeated. There are other words out there.

Example:  "As I thought about what to do, I started yawning."  as opposed to "I yawned and considered my options."

Feel the weight of the sentence in your head. It isn't pleasant. This particular style controls most of the narrative. It repetition becomes a problem and might put-off many a reader. If something is important enough to be included in a story (subordinate conjunction), it could be separated into its own independent clause (independent clause).

3. Gerunds. I won't teach basic creative writing here. Do a search in Google for "Gerunds in prose." Let's just say that the general rule (and all rules are meant to be broken when one knows what they are doing) is to NOT use them.  Gerunds, combined with as/while repetition AND subordinate conjunctions are a pain to read.

Example: 3rd Person Omniscient (Multiple views) :  Terrac breathed fire (1). The eldritch horror was terrified (2 and Telling). Sparky the dog wanted to pee (3), but he barked at both the dragon and the eldritch horror with brave stupidity. Unknown to all three of them (Sub conjunction), the loss of any of them would disrupt reality. (Ind. Clause).  (God/Author PoV)

An author must try to limit 3rd Person Omniscient to subtle shifts, otherwise it feels clumsy and harms a story's pacing.

5. Telling vs showing.   Yes the story has this problem in spades. Telling is direct and (if not given enough thought) lazy. Showing is INDIRECT. It is also, in most cases, wordier but builds better, flows better.

6. Began to. Started to.  Seems to. Appears to.  I might despise As/while subordinate conjunction abuse but "began/started to/seems to" bloating and ambiguity is up there. These phrases are used by authors to organize their thoughts. They are unnecessary preambles to other clauses in a sentence. Remove them from the prose except in specific contexts.

Example: Terrac began to consider the possibilities of murder as Arnold rambled on, convinced of his own importance.

Example WITHOUT the bullcrap:  Arnold rambled on, convinced of his own importance. Terrac pondered abject murder.

Notice that I used 3rd Person omniscient, but it feels like 3rd Person limited. Terrac observing Arnold. That's subtle manipulation of prose and style. Notice that I removed the as/while conjunction. Notice that the "Began to" preamble is gone. Notice that I am TELLING instead of Showing, but the prose isn't harmed by the choice because one sentence has long phonetic prosody and the other is short and to the point.  More importantly, the details provide an understanding of the characters and aren't boring. One is a snotty jackarse. The other might be a snarky SoB or, in truth, a cold blooded murderer.

I don't have the patience to detail examples of all the other problems in this work. This isn't a creative writing class. Let's leave this at the point that I am EXTREMELY displeased with the rough prose because the story has great potential. This work can be much, much better.

2.5 / 5 stars.  Fifty percent. Not high enough to be average, not low enough for complete anonimity.

Thoughtful PoV of experiencing what it might be to be a dragon in a world with a rich and deep history, with all of the instincts and baggage that comes along with it good and bad. 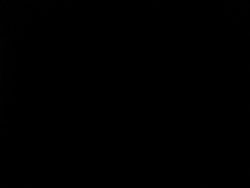 The plot development is good. The author really delve deeper and giving each plot a value in each chapter. The lore and connection to chapters support each other. Making dialogues between each character entertaining and relatable

The flow of the story also align with each other, allowing us readers to have a clear picture of what's going on inside the story

The con the I can think of is the geography of the story... we still didn't know the location of the places inside our story. So its a little bit confusing

The writing quality is good there are constant chapters to read, about an MC that is a dragon that is strong.  Plenty of action scenes and the world building keeps you interested in what's out there. The MC not being a murder hobo is pretty nice too as the MC is smart and actually thinks things through. And most importantly the MC is not trying to rush to be a human or their pet.

The story is very well written, the characters are fantastic and unique, the explanations and descriptions are clear and easy to understand, and the world itself is obviously thought through with care. I am really enjoying reading this novel and I recommend it 100%.

Thank you for your amazing work! I am eager for more updates! 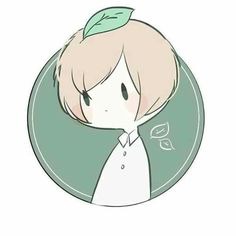 Dragon Road: How I Rise in My New Life
By serapheid
Unbeknownst to most life in the vast universe, there exists worlds with life that nestle within cracks in the void of the physical plane of existence. Whether these worlds are the realms of the afterlife is unknown, but what is clear is tha

Black Prince: Cruel Magic
By Swartze
Frederick, 22, is transmigrated to another world alongside other earthlings to help a new god get his first religions on the ground. They are given a few points to choose their skills and race, however, something they cannot choose is their magic

Anything For The Villainess
By bananapink
As a standard villainess in an amateur romantic fantasy novel, one must have prestigious background to grind people underfoot, a stunning appearance yet no one admires, a proverbial horrid personality only a mother would love and of course, a head

Natasha the Halve
By Biggest-Kusa-Out-There
Natasha Novak was a fairly known artist from an Earth devastated by pandemics. One day, she was playing an online game and falls off her chair as a moment of luck brightens her otherwise monotonous life, and dies of a stroke due to hitting her hea
Action Required