Living in a world where all people gain special abilities, known as ‘TALENTS’, during their 16th birthday— Noel (not a girl, seriously) happened upon a mysterious app on his phone. Who would've known this encounter would lead to the summoning of a princess— from another world!

This is his adventurer: teaching a story-world princess how to live in the modern world.

.
Thank you to my patrons!:
@Alex
@Parsatag 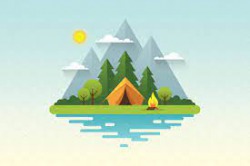 I was initially sold on the premise of an MC being able to summon sentient people and strengthen them in various ways. It was like a fun video game with potential for interesting character interactions.

The world building is slow, but serviceable enough to do its job in this novel. The characters are simple, but reliable enough to show off some interesting scenarios. The story isn't anything special since it has yet to adapt interesting ideas into an ordinary school life. There's just one fatal flaw that prevents me from giving this novel a 3-star or even a 4-star rating.

My main gripe with this novel is the MC (Noel) ; he's too pathetic, stupid, and wimpy. The MC had chosen to let some hostile problems fester instead of avoiding or eliminating it for feeble reasons. This has put himself and his loved ones under unnecessary stress when it all could've been avoided easily. Even after all of these events, he apologizes to the source of said stress and walks away. What's worse is that the MC has learned nothing from his mistakes and has the mentality that refuses to learn, for it was all in the name of kindness. If I'm wrong about this MC and he learns sooner rather than later, I'll give this novel another shot.

TL;DR: This novel had the potential to create interesting scenarios with cute and beautiful girls with varied interesting personalities and abilities, but was ruined by a wimpy, foolish, and feeble protagonist.

Story is 5/5 through volume 3. After which it loses cohesion. I think there's a lot of great things here but the author didn't plan the story in advance which left the story without a strong foundation to build on.

After vol3 things simply get weird. Most of the characters & plot are just... dropped. I get the feeling that the author wanted to write a different story at some point and pushed the new plot into what they already had started.

The antagonist plot that had been building for most of the story is hand waved away between chapters. MC nearly died but the girl who attacked him isn't punished, the mastermind isn't punished, the school knows the MC is still hurt and does nothing to help him.

The FL reads a skill book that largely affects her personality. Separately, her internal conflict/darkness fades away without any resolution. We had this deep & engaging character that was turned into a Mary Sue. Her only remaining flaw is the MC getting injured.

The MC is hit with an attack that completely changes his personality. He (but maybe the author?) also never grows comfortable with his romance. He is willing to die for the FL, he's ready to marry the FL, but flirting makes him uncomfortable. If this person is your whole world, the eyes of rest of the world shouldn't matter. It gets a little better eventually but remains a distracting flaw (a teen whose father writes porn, gets engaged yet isn't comfortable sleeping in the same bed as his wife, let alone following his urges accepting his wife's advances). The build-up to a relationship is written very well, but what comes after could use some work.

The first love interest ends up completely shafted by the will-I-won't-I harem'ness the story grapples with. Sadly the author finally made their decision far too late in the plots development. Now the secondary FL has spent 100 chapters living with him & his new love, cooking for them, and crying quietly in her bedroom. Her backstory and motivations aren't explored ever, the depth of her character is "I like him, we used to be top #1/#2 student together, I'll move in with him.". When everyone gets a worldbreaking powerup she gets an inter-dimensional apartment for everyone to live in. All this while the MC does... nothing. His spineless nature towards romance really hurts the story, someone he supposedly would still fall for if she ever made a move (why doesn't she?), and everyone's inter-character relationships. Lately my I-feel-bad-for-her is off the charts, popping up even when reading other unrelated character's romances. I'm not sure how this problem can be resolved at this point, pawning her off on some prince would be a little late/obvious. It's a bit depressing that the MC is utterly spineless the entire story except for this one decision (no harem), it's like he is going out of his way to destroy his first crush.

I kind of wish things had continued on with the initial fluffy slice of life story, with the current plot being its own standalone thing (maybe locked in patreon?). Overall, the story would be much better if existing story elements were expanded on instead of constantly introducing us to new characters/plots.

In general a good history, just a bit slow progress, what can be cool if we think that will have more chapters

Underrated story imo, it has an interesting concept of intermingling two power systems. Relative to other stories on Scribblehub, it tells the story well, and the characters are all pretty likeable with the exception of Kai. My complaints however lie in the lack of description about the setting and the dialogue between characters which can sometimes be pretty repetitive. Overall though I enjoyed the story 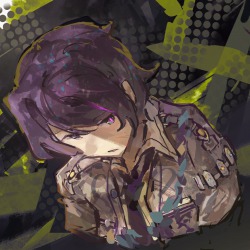