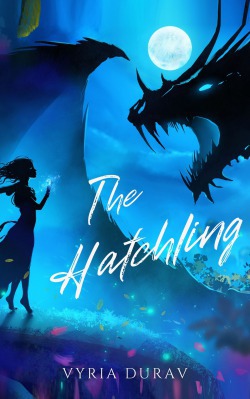 Sarric dreamed of dragons all his life; such flights of fancy captured his imagination at a young age and sustained him through a life of struggle at the hands of the cruel hunters that ruled the isolated mountain town of Rivermist. One day, a true-to-life dragon appears before him, dazzling Sarric with her beauty... and enticing him with concrete answers to the vague unease and depression that's assailed him for as long as he can remember. Will Sarric take the treasure the dragon offers, and finally find happiness via gender apotheosis? Or will the hunters interfere, and squash the draconic flame of hope before it has a chance to truly flourish?

Note: There are lesbians in this story although the main focus of this story is a journey of self discovery and so the relationships featured will not involve the protagonist. There is a planned sequel which will include this.
Content warning: There is some violence, a bit of nudity, and an implied attempt at sexual assault. If I miss any CWs you feel are necessary, please let me know.
(There is now a published version of this story. The published version has some edits and improvements, but is largely the same as this version.) 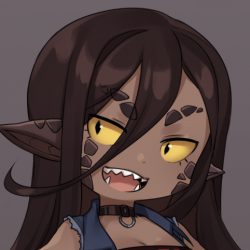 An excellent tale from start to finish! I'm a well-known sucker for monster girl transformation stories, especially ones that put trans themes front and center, and Vyria delivers with a dragonic tale that is equal parts heartwarming, adventurous, sweet and cathartic. I'm looking forward to reading much more from this promising new author! 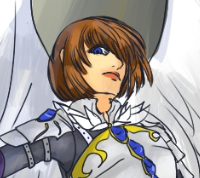 Very cute. Violent at times, but very emotional and can leave you with a warm, happy feeling in the end. Interesting world, love the lore on dragons. All in all, a very good story that I'd recommend to any eggs or 'I'm totally not an egg but...' sorts. Also, dragons are just neat. And as they say, always be yourself. Unless you can be a dragon. Then be a dragon. 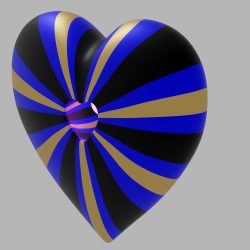 I will admit a mild bias, in that I gave feedback on one of the draft versions of this story, and consequently the author is someone I know. On the whole though, I would objectively say that this is a very good story.

A brief mention of writing, grammar, and style: very enjoyable. Hmmm, I'm having some trouble on how to describe... stylistically, there are reminisces of ways of writing I might attribute to a more 'high-fantasy' type of story than the average webnovel - I think that's a suitable way to put it. Descriptions are well-done, and there are several points where I was drawn in. Finally, I did not notice any mistakes within the grammar.

In terms of plot, I would not call it very convoluted. A rather simple progression, one that's suitable for a story as short as this one is, accompanied by few surprises. But this story does it need complexity to achieve its end, it never felt very rushed, and on the whole it has satisfied me.

Characters are a strength. We get a wide array of characters depicted in this story, and the author does well in engendering the emotions she wants you to feel for those characters. The one weakness I would note is that it may feel like it takes a couple chapters to get into the main character's headspace properly; however, even during these points, there are several points of nuance which subtly add character and background to the MC, so on the whole it is not a significant detraction - especially if you like worldbuilding.

Now, worldbuilding-wise, the story is very strong. Much of the first few chapters is spent developing several aspects such as the area and environment the MC lives in (socially and spatially), magic, and dragons. Further details are spiced into the rest of the following chapters at relevant points, showing the author's continued engagement in this field.

As a reader, I would say that a target audience would be those who enjoy transgender stories, but I also feel that the worldbuilding would entrance fantasy readers as well.

To wrap up, I thoroughly enjoyed this story, felt quite satisfied at the ending I had reached, and am looking forward to any potential sequel the author might want to write. 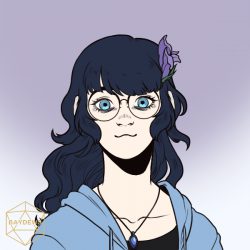 A Blooming Soul
By Lulla
Adim’s life had as many ups and downs as a roller coaster. The ‘ride’ came to an abrupt stop as his heart broke. After dying, he finds himself in a world straight out of a fantasy novel. He seemed to have lost his humanity, alon

The Witches of Floroma – The Witches Curse
By Emi_the_Fairy
Gilbert is a young prince of the Kingdom of Luxur who has long been known as the kingdom’s ‘Pretty Prince.’ His nickname begins to take on a whole new meaning as strange things begin to occur to his body as his life is thrown into turmoil. In orde

Dawn Weaver – A tale of Dragon Riders
By mogust
An ancient evil stirs in the kingdom of Avaraline, and the fate of all life in a world blessed by magic hangs in the balance. The Guilds and Clans, who hold the power of the lands, are ill equipped to deal with the unknown threat, with corruption

TREEvolution
By LittleVixen
When Marco woke up, he knew that this would be a shitty day, and when he got the call about a protest in the middle of the town to protect a freaking old tree, his fate was already sealed. The closer he got to the location, the darker the s
Action Required