Lia was walking between classes when the targeting on a wizard's lightning bolt went awry and the bolt struck Lia, killing her on the spot. And that would have been the end of it, had her best friend not managed to somehow preserve her soul and bring her back...as an entirely new species of monster called a Swarm Queen. And, apparently, she was going to be trying to take over the world, make everyone into part of her swarm. Eventually. When she got stronger.
Well...she already died once, so what harm is there in giving things a second go, right?

(Main character receives no gender bender. The genre tag remains there because gender bending does feature in the story, but there is no "minor" tag to properly illustrate that)

Series has a strict update schedule of "when it comes out, it comes out". That can mean two chapters in one day, or over a month between chapters. Both have happened in the past. This is something I write on the side while "turning my brain off", so just keep in mind that releases will be inconsistent.

If you want to be notified when this does update, check out my discord, I post notifications there: https://discord.gg/5TuC5ju

READ THE FOREWORD: I cannot stress this enough, this series is different from my usual fare and there come some caveats with it. In the foreword I address a lot of comments and questions I foresee people having. A lot of tags are also speculative, so there is also a brief explanation of them there as well. If you find yourself having questions about a tag, the foreword is the place to look/ask questions. 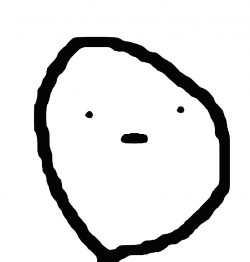 If you read the description you know how this novel is going to be.

Fighterman481 is a great author and most of the stuff they write is going to be good. This is no exception. I rather like swarm novels and I fully expect this one to be quite good.

1. Amelia doesn't feel like a person. This might be because of some reason before we meet her but she kinda feels more like an NPC than a character.

2. The MC went from a glorious spider, scorpion, and beetle hybrid swarm queen into a worthless rat. Honestly almost dropped the story the moment she chose the rat evolution path. It seems like the author watched some funny rat meme and felt like making the MC into a rat. I don't hate rats but this is a major downgrade regardless of the stat gain.

The author is good, the story has the potential to be a really fun read. But really hoping Lia becomes an insect again. 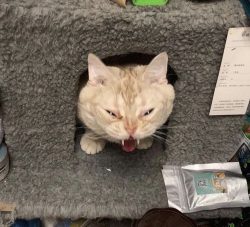 Pretty good story so far, enjoying it thoroughly. I am looking forward to new chapters.

Grammar is good, characters are sparse so far so no comment, and creatures and concept are very creative and interesting.

The gender bender tag is for sub characters not main as stated by author (like it since every female MC these days was a dude for 40 words of the first chapter). So far this is NOT an insectoid swarm (it was one temporarily) so if you are looking for insects you may want to look elsewhere. The First secondary character you are introduced to has yet to make a real reappearance due to reasons explained at the beginning (op side character), which does make it feel like a plot fixer or explain why things happen (literally is the driving force of the current plot but that’s understandable) but at the same time it’s pretty funny due to you having to wonder where all the rats are coming from.