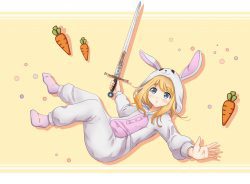 Tell me, what does one do when they discover they were reincarnated into an Otome game as the villainess’ playboy older brother?

Of course I had always been aware of my situation as a reincarnated person, but it was only when my sister’s engagement to the Crown Prince was announced that I finally encountered a piece of my first life after all these years.

I thought, “Hey, this is exactly the same situation as that Otome game I was playing that day!”

But wait. My sister becomes the evil, hated villainess whose fate doesn’t ends well at all, you say? As if I’d allow that!

The protagonist wants to steal your man and ruin you? Too arrogant! This daddy(brother) will mess her up good!

I’ll completely crush all the people that want to harm my precious, adorable little sister!

Just fall in love with the Crown Prince and achieve your happiness, my sweet sister!

This is such a story.

…Except my sister seems to be a blooming bro-con? And the heroine keeps looking at me funny…

***
Sit down and enjoy a pint over at the Dragon Tavern!
https://discord.gg/cHeN3KR

May contain some spoilers.

The story sets itself with an entertaining premise, despite sharing common MC characteristics with other novels. I wanted to know what the real identities of the MC's background were, considering any normal 2-year old cannot kill boars. Why did the mom hide the fact she could speak another foreign language? What was the father doing away from the family? However, as soon as the MC could talk, the story turned for the worse.

In most of the chapters, the author would include modern day memes as jokes. The problem is that it isn't funny but cringy. I felt shivers up my spine when I read "you're a man of culture as well". In addition, the author puts another layer of cringe on the MC by making him perverted. I can't take the MC seriously when every so often he's screaming "milfs" and thinking about big tiddy goth cat-girls. Maybe this story doesn't want you to take the MC that seriously and it's supposed to be light-hearted. But, the world is actually pretty dark despite. In the game scenario, without the help of the MC, the sister gets hanged, burned alive, tortured and, at best, scarred for life and never showing herself in public. The author's juxtaposition of the MC's action and reaction and the reality of a dark world makes his journey superficial at best.

Oh, and the MC is definitely a Mary Sue. He's a cooking genius, fighting genius, and super handsome with a charm of SSS+ (whatever that means). This is a problem because he's only 12 and he's unlikely to face a challenge with any risk of failure. Honestly, he's a wish fulfillment.

If you're a young adult and older, I do not recommend this novel for you to read.

shamelessly giving 5 stars! Since I couldnt find this specific sort of story within the otome game genre, here we are! Make no promises for how long I plan to continue this tho >, >

Honestly? If this story was written seriously where it kept the basis and continued along with the story that it was set at the beginning and then brought out the secrets that are revealed later, it would be a pretty entertaining novel.

It's not badly written, just in short its nothing but wish fulfillment and poorly executed cringe humour, which is a fair source of laughs despite some peoples reactions to it including my own.

When the story wildly derailed it was funny for the first two or three chapters when you'd think that's it and then we go back but then.. That's it. The rest of the story is that, and its not nearly as entertaining as it could have been.

If I had to sum up what this story is, I would call it a completely irreverent genre parody that likes to get off on trope subversion.

I noticed some less charitable reviewers categorized the MC as a "Mary Sue" due to him being OP. Well, I think this assessment is off. Being OP does not make a character a Mary Sue. A lack of any actual personality is another part of that label. In the case of this story, the MC has plenty of personality to easily shed that label. (Not quite at Ainz Oal Gown or Saitama levels, but it is still believable and it gets the job done.)

I think there is a rather brilliant direction that the author takes the protagonist, especially so far as it handles the "dense harem protagonist" trope. The MC, since he has all these girls going after him, decides to fake being dense as a means of easily turning the girls down without having to get confrontational.

That's only half of where the so-called "denseness" of the MC comes from though. I mentioned he's got some serious personality to him. Well, one of his personality traits is that he's really stubborn. His being stubborn causes him to refuse to admit some things might be possible.

These two prongs of faking being dense, as well as some actual denseness born from very believable and understandable stubbornness are things I take to just be another aspect of the trope subversion the author has taken. It is like the author put a lot of thought into how to hit, and subsequently subvert, every single harem genre trope in the book, and got the bonus of a really fun and complex character in the process.

It is pretty fun and refreshing, but the fact that the series really genuinely does seem to be obsessed with intentionally subverting every single trope the author can possibly think of a way to work into the story does become a little repetitive after it jumps the shark with the Ogre scene. This, combined with a bit of lazy writing in certain places as it does some small-on-details montages consisting of only character dialogue in order to get through a set of repetitive actions, prevents me from rating this series with 5 stars.

It is definitely a fun series, and with the exception of those lazy writing instances I just mentioned it is also well written. The plotting keeps pushing the already OP protagonist to be even more OP a little too quickly for my comfort, but it slightly makes up for it due to the protagonist's personality and the direction he has decided to take his motivations, which seem to spiral out of control as the protagonist's own stubbornness takes him for a ride. I wouldn't call it the best series I've seen, there is a lot that could have been done better, but I would definitely recommend it.

The premise is good and the author hinted at some interesting development, unfortunately after a few chapter they give up. The “story” turns into senseless piles of cringy memes and perverted comments while the MC speaks to everyone like a 11 yo autistic fortnite addict.

You don't know where this one is going.

But let me tell you, it's gonna be a wild ride, kid.

OKAAAAAAAAAAAAYI legit enjoyed this more than I'll ever do with other isekai stuff that's around, so kudos to the one that made this hoping for more 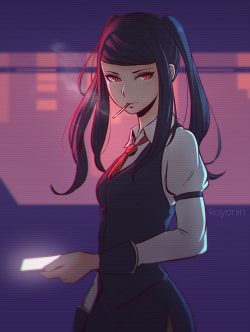 Lost my sides for like 7 chapters in a row? This is great and I couldn't ask for more

edit: sh*t I didn't even remember writing this lol. F**k it boys this is pure madness in the form of words, chaos itself on a reading platform and for the sake of god I need therapy after reading this

edit 2: please take note that this novel is totally random and your mental health will drop

I find myself rolling with laughter while reading this, which isn't easy to do. Recommended.

At around the stealing the king and proposing to the queen chapter things start getting weird. Like, "I think the author is writing the first drafts while high" kind of weird.

I'm 100% okay with this. Its bonkers, but its really fun watching our chaotic neutral/evil OP protagonist sweep through the world like a natural disaster.

I got reincarnated but as an AI
By MuHazYu
In this unknown world I was born. Or to be more specific reborn. I was just a 20+ years old NEET that live off my lil sister money. But one day I was hit by a truck and before I know, I was here. Oh I was reborn as an AI by th
Action Required