Blood magery is extinct, but its remains haunt Esther on two fronts. On one hand, she is a conservator; an indentured servant who uses her visions of death to save other peoples’ lives. On the other, she’s a huntsman; a warrior hunter duty bound to eradicate the highly infectious blood-curse.

Esther keeps her two lives separate, but it isn’t long before they collide. In order to escape certain death, Esther must compete in the notoriously deadly huntsman's trials. But with her magic growing out of control and a fellow huntsman threatening to reveal all her secrets, will Esther reign supreme, or barely escape with her life?

A Hymn of Blood and Curses explores the struggles of dealing with PTSD and discrimination in a world where you're only safe within a city's walls. Mature themes including depictions of mental trauma, discrimination, gore, violence, and profanity.

- No Hiatuses Until March 2022 - I pre-write all my web novels because I can't write and release chapters on the fly. With my current upload schedule of one chapter a week, the last chapter of book 1 will drop in mid-March 2022. 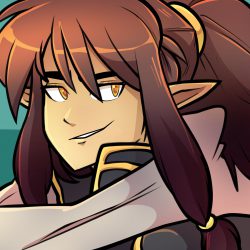 This story has potential, at least from what I've read in just the first "chapter". The setting is interesting and the negative public opinion of those who can prophesy the deaths of others comes across as natural. The main character's visions are very cryptic, befitting the overall tone of the story. Her reactions in the first "chapter" to what happens around her are also very believable, though I thought she was much younger than what's stated. The story has potential, but needs some refinement to just make it flow better. But other than this, I'd say to give it a read if you enjoy a gothic fantasy around nobility, bloodlines, and prophecies. 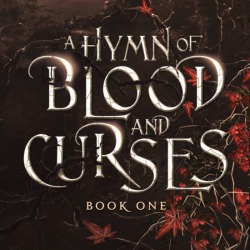 The Greatest Empress
By AristeiaBooks
Within the continent of Zyrron, there is a popular sport, in which people had grown to love. It is also one way to resolve conflicts between kingdoms: That sport is called Warzone. It is similar to that of an actual war with the difference

Hell is us
By AnnaBlessed
The daughter of a powerful warlock called Lea gets kidnapped by a demon with who he has a debt with. This poor human is dragged into hell where she wakes up to meet her captor and learn that she’s going to be used as ransom for the money tha
Action Required