Good things come to those who wait. Damien Vale didn't, and now he's bound to an Eldritch creature from beyond the farthest reaches of the universe. It's unfathomable, utterly evil, and likes to be called Henry. To Damien, none of that mattered. He was going to learn magic, and he'd be damned if he let something as small as this set him back.

When Damien started his first year at a mage college, he didn't expect it to be easy. However, when he's assigned to room with a strange girl that has magic that even Henry is wary of, Damien realizes things might not be so easy. Damien set out to accomplish his life goal of becoming a powerful mage, all the while dealing with a murderous professor, Henry's desire to bring about the apocalypse, and a new roomate that's far more perceptive than he'd like.

My Best Friend is an Eldritch Horror was origonally started as a way to thank my patreons. I will be keeping the patreon updated 15 chapters in advance. Enjoy!
ALSO ON ROYALROAD AT: https://www.royalroad.com/profile/200905/fictions 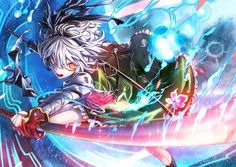 It's really, really well made. Although the pacing might be slow for people who're used to just reading things that are just here and there on Webnovel/Royal Road, fast-paced and hooking from the first letter of the first chapter. This one has a consistently good but slow pace. Something I quite like, actually.

The characters stay in their character. No sudden action that feels off-puttingly off-character, like the constant dumb cliches you'd normally find in these types of stories.

Although you can't really trust me in grammar, since my brain goes autocorrect on that sh*t, I'm pretty sure this novel's author has, in fact, spoken English for more than a few months. His writing style doesn't feel forced, and his grammar is nothing to scoff at.

Trust me, just read it. If you like slow-paced stories or just well-written stories in general, you'll probably like this

It's absolutely wonderful. The pacing is well done in my opinion, where this story focuses more on character progression and development than constant events. Not that the events aren't happening that are effecting the plot, they're just more subtle. The setting of the mage college is a reminiscent of a cultivation sect, Hogwarts, and camp Half-Blood, each to a varying degree. By no means is it a replica of any of these, it takes on it's own entity and fantastical depictions.

What I enjoy the most from the novel would be the development of the two main characters, Damien and the eldritch creature Henry. They both are their own people and neither exist for the other to use as a foil. Which I enjoy immensely, the author skillfully fleshed out two protagonists with their own goals working together. And they're both fun to read about.

The other characters are well done, none of them are two dimensional, each with their own layered personalities and back stories. And the slow but sure building of Damien's abilities, growing friendship with Henry and Sylph, the change in Henry, and the exploration of the conspiracy behind everything is too great of a hook to allow anyone to drop it after a few chapters in.

You can feel the future plot growing more chaotic with each chapter, and it's extremely exciting to imagine what might happen later on. I recommend this to anyone that's into weak-to-strong and character development stories. And if you like ancient eldritch creatures, even more so.

This story has really picked up now.  I reviewed it on RR but it has improved since then so I think I will give a second review here to hopefully give it some attention.

This story is about a mage in a world where the mages learns to wield magic by first contacting a summoned being... It goes poorly (or really well depending on POV). He then goes to a school which is more like a cultivation sect in style. And there are major forces that seem to be moving now, and they probably wouldn't be happy to find him either...

(First I still don't think it is perfect, but SH results are a bit inflated so I don't want the story ignored for that.)

The pace is slow, but consistently good.

The plot and motivations are picking up, but were slow to start.

Characters seem interesting so far and like normal humans do not have 1 constant emotion 24/7.

World building still basic, but a village boy wouldn't know much about that. 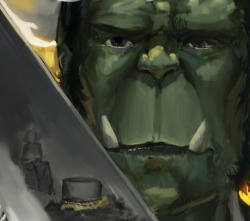 God of Thieves: Who stole my System?
By Kageko
Matsumoto Kunio was just an average human living a boring life in Tokyo, Japan. That was the case until he died and was reincarnated to another world!  Armed with a System and tasked with a mission to save the world, watch as Matou, the new name h
Action Required