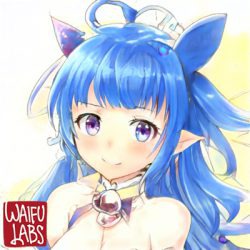 In a time, now remembered only as myths and legends a great scourge threatened to consume the universe. It was an age of war unlike any fought before and since. A war of such fantastic scope, and extent that age-old enemies joined together in historic alliances. Entire worlds lay devastated, and vast fleets were raised to wage war across galaxies. For Millennia the ancient powers fought in a vast war for survival against an endless menace. The Victor? No one knows. The ultimate fate of the precursors and their enemy has been lost to time, but neither has been seen since the Great War of Legend. To this day relics of that great war can still be found. Among ruined worlds, and ancient battlefields. Mysterious and ancient worlds that still remain untouched even after being abandoned millions of years before.

A group of aliens desperately seeking technology to help them in their own war has found one such relic of this ancient war. An ancient battleship that lies dormant on the edge of their borders. Their very presence awakens that ship, and the ship soon finds itself confronted with the mysteries of the past and a mysterious power in the present. Join her as she seeks to uncover what happened to her creators, and the ancient scourge that had threatened to consume all. Even as she finds that the war she has been thrust into may prove more interesting than a first glance would suggest.

If you are enjoy sci-fi and magic and want to see what result will bring mixing them together, here is by far not the worst answer to it.

Still early to give serious review, considering it's still few chapters. But so far look promising. Universe should be good, since it's in the same universe that author's other works are. Knowing author's other works, we could expect some interesting stuff going on and yuri.

it does feel more like generic 'matured' western fantasy webnovel than scifi novel.

"ancient powerful and cunning being. Weaken from ancient battles and wake up into new world. He/she will manipulate talents/important girls to formed a harem. With some kind of servant/slavery contract. Trample on everyone and will rise to the top.

off course everyone are stupid/evil/greedy anyway. So it's okay"

she doesn't act like nonhuman sapient. Nor a type of ai based on human mind that engineered to be served as battleship computer.

i don't know why people like this kind of novel. It doesn't have actual tension. It's predictable. No fluffiness or cuteness. And serious and realistic tone make all 'super smart cunning moves' look forced. Because broken deduction logic made my the protagonist and spike in stupidity of everyone else.

just like modern triple A games. Look realistic on surface but the plot is cartoonist. But at least you can still enjoy the gameplay for that. 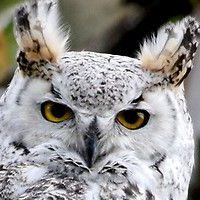 The use of the {What Do You Mean All Dungeons Are Girls!!!?} setting is pretty enjoyable, though so far there has been very few significant references, aside from the Soleans being important to the backstory of both.

That said, there were two issues which I just had to bring up. The first is a minor one: the excessive degree of detail spent on talking about the technology and technical specifications. Especially the latter. Learning about what a Hellfire Cannon is fine, as it's referenced here and there and is interesting, but knowing that a particular ship has 5000 of them is pretty meaningless. Even more so when several paragraphs are spent just spouting numbers and names to show "oh, this ship is awesome because of this!". It's far better to see that a ship is awesome for ourselves, rather than spouting numbers and names like a child talking about a lego monstrosity they're showing off.

The much more significant issue, is one which personally has become quite an issue in one of the author's other series I've read: What Do You Mean All Dungeons Are Girls!!!?

JCountry does a great job introducing a wide variety of interesting characters that have a great impact on the story, and it's wonderful to see that they're not forgotten and sidelined, but instead they continue to live their lives after departing from the main story. The issue is, their side story adventures are practically novels of their own that take up valuable space in the main story.

It would be one thing if they were side stories that get proper focus on to their conclusion before going on to the next arc of the main story or being written as a separate series without slowing down the main story's releases, but by interweaving them with the main story, it ends up stalling everything and dilutes the experience. Even worse, with such a huge cast, it becomes almost impossible to remember who you're reading about until you find some key clue halfway through the chapter and the reader goes "oh yea, now I remember who I'm reading about!".

I really hope this story doesn't go that route, but as things stand, the side characters are already starting to take up more space than the main story. Four side stories that are running in parallel to the main story, and while each story is interesting in their own right, but it's been almost ten chapters since there has been any real progress on the main story. And that progress has essentially been nothing more than salvage and repairs. Hardly something important plot-wise to a battleship that has the ability to regenerate all of its systems within a day as long as it has a chance to mine the materials.

Frankly, the plot is very interesting, but it's being completely sidelined, and even faster than in his other story I've read. At this rate, I worry that this promising story will end up being completely bogged down by side characters that get introduced once then go off on their own adventures that have nothing to do with the original story only to come back two years later, or ten chapters of actual main story content.

The promise given in chapter one was a story about a precursor battleship AI and its involvement in a war between two young interstellar races. What I'm getting is the daily lives of a scientist turned slave, a soldier's new life as a cyborg, and a dragon's nesting habits. While the author does make all of these interesting, it's frustrating when the main story hasn't moved a single bit in the last third of all the chapters released, despite rocketing away for the first third. It's one thing when a story takes a long time for the sake of properly developing characters and the world, another to tell five other stories that have almost nothing to do with the main story.

I can't help but wonder if I should just bin this story for the next two years in the hope that I could binge it when its done, if it ever gets to that point.

It just feels like JCountry is writing a bunch of different stories at once, but is cycling through which one he'll release that week, effectively giving his readers one chapter a month or two for four or five different stories, which might go as high as ten or so like his other series.

Catnip
By Vyria_Durav
A space engineer lands on a failed Venusian colony built as a monument to a billionaire’s greed. Their goal is to rebuild the colony to provide a home for them and their commune. They’ll find more than they bargained for in the ruins o

In the Claws of Rage
By Chaosvalnir
If Michael Anderle’s Witch of the Federation and Rob J Hayes’ Eternal War had a hate-child, her name would be Morrigan Emery Clarke. In the Claws of Rage follows Morrigan’s journey to her rise from teen girl to Empress of her en

Cybernetic Memories (rewritten)
By Edenstone47
Aya is an adopted child, with a loving mother, sister, and grandfather. Her intellect was always well beyond her outward age, which led to her being neglected by her birth mother. Connie, her adoptive mother, loved her from the first meeti
Action Required