Ian Dunai thought he was powerless.

He’s not alone: only a small percent of the population have high enough affinities to perform magic. But in the eyes of his father’s gifted family, Ian's impotence is a disgrace—a stain on their lineage, brought about by his mother's common blood.

One fateful day, Ian awakens not in his college dorm but in the middle of the ocean on an old dinghy. Confronted by risen skeletons, tortured captives, and a shoreside city in the throes of contagion, reaching home is the least of his problems.

Without magic, Ian's life is in constant danger, but he soon discovers that death isn't the end. Whenever Ian dies, he wakes back up on the dinghy, cursed to relive the day over and over again.

As Ian investigates the purpose of the loop and a way to escape, he begins to realize that he might be more powerful than anyone—especially himself—ever imagined.

A time loop fantasy adventure! Not a romance novel. A bit dark at times. Just a note that all of the selected tags are relevant, but some of them only make an appearance later in the story. 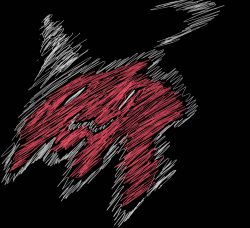 The Menocht Loop is story following Ian Dunai a flawed protagonist who we see slowly evolve over many chapters.

This story's main charm is the interactions between people and introspection of our protagonist. In a way it reminds me of Brandon Sanderson's way of writing characters.

This is a gold mine of a novel.

Characters have many dimensions and not cardboard cut outs, even the minor characters are well-done, that we meet throughout the novel.

The power system is unique and described well (the ones that we have introduced anyway) and the MC is op but not in your face way.

There first arc of how he got the power, which is very interesting and the second arc is ongoing but I believe it'll be very bloody, as there were hints of how the MC can be even he get mad (he can be utterly ruthless when he wants to be).

Anyway, it's a really well written Novel and I recommend it. 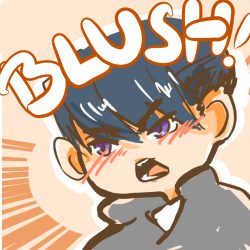 R. A. T. H
By LotsChrono
[Hiatus due to bootcamp] Rose: a broken doll tossed out into the world with the carelessness befitting her status below humans. However, acquiring a power beyond what she should be able, she fights and Rose Against The Heavens. The s

The Mad Jester’s Universe
By HalleyTosis
800 years from now, Man meets his Maker.

The Harvester
By AhraManyu
Rakna was not normal. No, unmistakably not. Whether it was his appearance, his personality, his abilities, his identity, nothing about him had ever been banal. Was it his choice? No. He was merely but a tormented soul doing its utmost to live the
Action Required