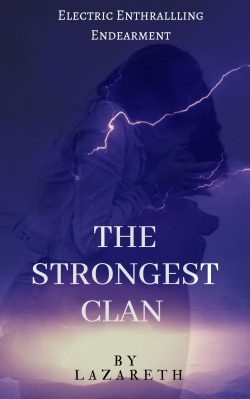 Imagine waking up from a coma and then looking at a rich CEO from a company overseas. Next to him is the most beautiful girl you have ever seen. Just when you think things couldn't be stranger, he says.

" Here is my daughter. Marry her please!"

The first chapters first give detail to the world and then give life to the characters after that the story begins as the synopsis says.

I upload once every 2 or 3 days. I sometimes upload daily or release doubles every second day.

The story is a dual mc story about a boy and a girl.

In this world, people wield superpowers restricted to the elements to fight the monsters that invade.

Depending on your element you join that clan. The different elemental clans compete with each other for the title of the strongest clan.

The mc is a lightning wielder who gains his powers in an unorthodox way.

Watch the mc's take the lightning clan from dead last to number one.

I'm a penniless writer. If you like my novel and want to support me you can do so here. My aspiration is to be a fulltime writer so if I can make a decent living; I will upload more frequently while increasing the chapter quality. https://www.patreon.com/lazareth

A shameless 5 star from me. Not because I think I'm amazing but because with the help of my reader's input, I believe this story can be quite special. A hidden gem that will glisten when brought to the sun.

The story has elements like romance, low fantasy, action, adventure, slice of life and drama. I might even add a smut tag later. We will see how it goes.

The overall story right now is to be the mc's trying to become King and Queen in a Royalty/metahuman/ paramilitary ranking system - Blitz7one/ As generic and shounen as that sounds. I can guarantee it is not. Give it a chance before you assume.

The chemistry between the male lead and female lead has been confirmed to be electric and enthralling (pun intended). So just know I am actually putting work into the romance aspect of the story. Nobody is just a decoration. It's not some wish fulfilment story. Characters have their own personal personalities and don't revolve around the MC.

The world-building is something you need to experience for yourself. You in for a ride. It has some common elements for familiarity. But ultimately the setting isn't on Earth. Names of places and buildings have all been named by me. I do need to give a shoutout to the major influences of the world I designed. This is one punch man, K project, and Kaze no Stigma

In terms of Grammar. I know my way around the English language. However, I do fall short. Honestly, I'd rate myself a 3 here. That's because I do make mistakes here and there taking one star off. Another is that I don't have that Authory voice yet. That blue prose type of writing. I'm still getting there. Nonetheless, these shortcomings of mine shouldn't impede your reading experience in any way whatsoever.

Thanks for reading. Hope to see you in the comment section :)

R. A. T. H
By LotsChrono
Rose: a broken doll tossed out into the world with the carelessness befitting her status below humans. However, acquiring a power beyond what she should be able, she fights and Rose Against The Heavens. The story of a homunculus fighting ag
Action Required