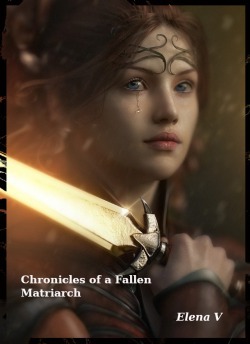 With trouble as her only constant bedmate, the only aim, after being exiled, was to spend her life in peace and relative obscurity. A chance encounter brought back memories of her last love. The more she pursued, the more question she faced and the people who were close to her are not what they appear to be.

Even in exile, her constant bedmate would not stop. Now, being hunted, embroiled in an age-old conspiracy, torn apart by various factions, how is a lone drow to survive? Of course, by doing what she did best, raising an army. For the dark-elf Matrons have a nasty habit of not staying down when knocked. They rise up again and come back with fury.

Things should have been easy for Rylonvirah. The exiled drow matriarch has finally reunited with the love of her life, Lyria. But from the north descends a new threat, the Cambion Warlord, in his bid for ascension, to claim the title of the demon lord, rallies his horde.

Will Rylonvirah and Lyria reforge the broken bonds between them? Will the Warlord drown the world in a sea of fire? While enemies both old and new beset Rylonvirah, her greatest obstacle is Lyria herself— and the pregnant secret that she harbours.

===== Series Info=======
The world-building is a combination of DnD, Pathfinder and Elderscrolls. Though I prefer to take a few liberties if possible.

The yuri/GL Is an **extremely slow** burn one.

This is my first writing attempt, and in the spirit of full disclosure, I am not a native English speaker and I am hoping to use this chance to improve my writing.

I have a full-time job but I would try to keep the releases consistent.

2. Explicit scenes will have a content warning. I was told by some kind folks to mark explicit chapters with ❤❤❤, to protect the purity of innocent SH readers. So they will be marked accordingly. :)

3. The real plot takes a while to get started. For those of you who stuck through, You have my thanks. 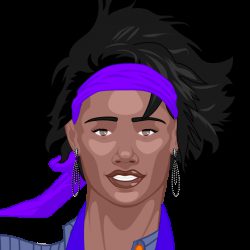 Path of the Ascendant
By Oculus
A million years ago, the Western Continent was forever changed by the establishment of Yi City, the largest nation in recorded history. Split into many districts, it was the greatest accomplishment of its creator, but its glory did not last long.

Dearest Calamity
By FourthDayInAvalon
25yo Marcheline is reincarnated into a brutal world as a child, where she suffers years of anguish. Seven years later, she enters the capital as a refugee, only to discover a colossal joke— she reincarnated into an Otome Game. “All these tr
Action Required