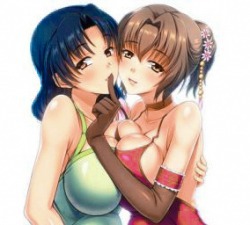 A/N: Newbie author here! I wrote this synopsis in haste so it might change in the future. I have a rough outline of the plot progression, but nothing has been set in stone! PLEASE NOTE: I explore the story as I write!!! I don't claim my story to be good even though I have burned my body, heart, and soul!

SYNOPSIS:
Like waking up from a dream, Ben was transmigrated into a fantasy world; in a cruel forest, which was hell in itself.
But, after fighting death many times, he finally came out of it and found a human town after 6 months. He also got to meet his 'family' of this world.
But something was wrong with his body...
Why was every woman attracted to him? And why their men thanked him even though he cucked them?
Whatever may be the reason, it's good for him, so he doesn't care.
Why would he, when he can just **** almost anyone he likes?

Embark on a lewd journey with Ben...

WARNING: Just as the name suggests, this is a lewd wish-fulfillment novel. It also contains incest. So you have been warned.

Note:
1. English isn't my first language.
2. Don't take this story too seriously.
3. No NTR, no r*pe.
4. Pure wish-fulfillment novel.
5. MC is not Evil.
6. MC is not so smart like those of cultivation novels. Though he isn't dumb.

This is somewhat of a place holder review until I've read everything, but so far it does deserve the review. It's pretty decent slice of life smut.

My only advice to the author is that you could work more on the little details. What type of dress do people wear? Is it medieval like poet shirts and the grandfather of pants? Do they wear Victorian dress? Or is it togas or Chinese qipaos or Japanese kimonos? Then what is the architecture like? Same qualifiers there. Is the road paved or cobbled stone or packed dirt? Are there carriages around? What are they like? What does this adventurer gear look like? And the food he's ate? What does that taste like? What does it feel like to eat mana as he does?  These little details are where you're weakest at.

The syntax is pretty good. There are a number of errors here or there, but otherwise no issue there. The pacing is so far okay, but I'm not far in enough to comment. I will say that the story boarding I can sense is pretty decent. I like your use of foreshadow here or there too throw in some seemingly small thing in the scenes. The smut was an okay starter, but I don't care much about it since it wasn't a harem girl.

Your combat is a little weak. You again need more detail. The scene doesn't read right. It is hard to imagine them. But it just needs a little more feeling and presence. Describe that proprioception triggers. Describe abilities and such better, but it is still early to call on that. 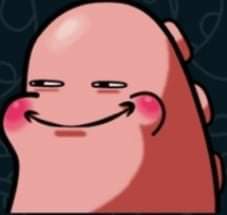 A very good story, with a good plot. Try to read this story. The r18 scene are good and the MC is strong.

Queen of Hogwarts (GL)
By CrimsonLust
Luna Crimson, a Queen, Royalty of the highest caliber, a Battle Maiden unlike any other, there were no equal. Just like her name suggests, almost everything about her is ‘Crimson’, her hair, her eyes, but most importantly, the large a

Save Scumming in another world.
By KeyedKrusaderKnight
After drowning in a flood caused by a tsunami, a mediocre man is given the opportunity to become something greater in his next life, to avoid living another life filled with regret he chooses to obtain the power to set mental save points he can lo

Moblin Empress’ Corrupting dominion
By Feixe
Few creatures have ever existed so reviled as a Moblin, even Goblins, their very parents find them repulsive beyond all comparison. Moblins are produced when Goblins in such a breeding fever turn to pigs instead of humans for a breeding outlet. Go

Dead Man’s Harem. Since I can’t kill myself, I’ll find other ways to be happy.
By melonball
After death, Devon is given the second chance he never wanted. He decides to make the most out of his new life, exploring all that life in this new world has to offer, whether that be adventuring or soliciting elf girl prostitutes.
Action Required