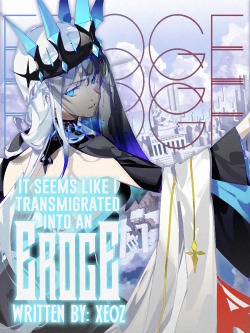 I have a brother who's a bonafide Otaku. One time, he introduced me to this game called 'Spirit Infinite'. An Eroge bishoujo game is particularly popular among young lads. Its popularity stems from 15 beautiful heroines.

The game's story revolves around the protagonist named Shin Morino, an idealist of justice and peace. On top of that, a cheat protagonist whose main goal is to stop the world's destruction, but while at it, conquer girls along the way.

Then I, Fukushima Aki, a young adult who died at the age of 19 from a terminal illness. Living in the hospital, nearly my entire teenage life, shackled unto my bed, but that all changed when I died. I was granted a second chance to live a new life. However, that second chance was to live in the world of Spirit Infinite, the same game that my brother introduced to me.

What's more, I'm not even the protagonist but a nobody... With a handsome face? Who am I?

Nonetheless, with this second chance, I will live my life to the fullest!

Notes: Not really modern, it's a mix of medieval and modern with some technology elements.

If you want to support me and get early access to chapters: https://www.patreon.com/Xeoz

I do not own the artwork, if you are the illustrator just let me know if you want me to remove it. (Only using it temporarily)

Posting it in Royalroad.

DISCLAIMER
Work of fiction. All the names, places, and events are all purely based on the author's imagination. Any resemblance to an actual person or events is purely coincidental.

Yeah this story is really bad. At first as you start reading its tolerable, but the more you read the sicker you become of it.

The 1st 50 chapters you feel that the MC is treated like a child at best ore a NTR protagonist at worst with all the secrecy and nobody taking him seriously. After 50 chapters he becomes the standard Japanese protagonist, putting himself in a lower position among his women and that sort of crap if you watched 1 harem anime you know what I'm talking about. He loses his spine and balls thought there is doubt he ever had any, what in the whole story him changing his opinion on the fly.

The characters are copy pasted from any harem anime ever made without 1 original point.

The author changes the story or forgets parts of his own lore.

Like the god of gods gives him a new life but as a consequence his soul is weak till hes 18, along comes a cat and overcomes what the god of gods cold not do so that the MC can have s*x of course this is explained the next chapter as a reason why he survived

i was really enjoying this novel until about princess lily's birthday party, from that moment I started to feel more frustrated than amused reading it.

you know, I hate tsunderes, honestly I hate them, and yet, of all the heroes presented so far the first one presented who unexpectedly is a tsundere, in my opinion is the best.

alright you can say it's just the beginning and true character development hasn't taken place yet, but please it's hard to keep reading until serious development when you just want to grab your computer and play out the window due to frustration.

The MC is basically raped every night in his sleep by his teacher and maybe her maid too (not sure about the maid yet), and for some reason he seems okay with that? I predict he's going to end up becoming that kind of protagonist that, just because the other party is a woman, then it's okay to do whatever she wants with him as long as he's got that shot of pu**y juice.

I usually like perverted MCs, honestly, though not to the level of a DxD Issei, but I still like them as it gives them an incentive to interact with other characters and usually they're not that serious and/or dark, but the type of perverts like the MC are beyond what I can handle.

the world has not yet been widely presented since until now MC is only "training", training in quotes why? Because the only thing his "teacher" taught him was how the world works and then he threw it in to get beaten up by his maid with the excuse presented to "spice up your fighting instincts", which frankly speaking was stupid.

as for the sword he should learn, so it seems the only thing he learned was how to swing the sword thousands of times, posture, technique, footwork, or anything else needed to practice a fighting style, he wasn't taught none of that.

at this point I feel like MC is more of a toy for the women around him.

I'll try to keep reading to see how far I can stand, if things start to improve or I'm wrong about what I wrote, I'll edit or delete the review, but until then, that's it.

Status: caught up
Aug 18, 2021
At first, it was an alright smut novel, the writer tried really hard to edit his work on this novel, but man after about fifty chapters he stopped trying to improve. It became mostly explicit scenes without the same level of skill we saw before. No build up in some cases.
.
It's difficult for me to read it anymore and some of the kinks are just not for me. I won't be rating lower than 3 stars, because that's not fair. It's just not for me. Good luck, author. 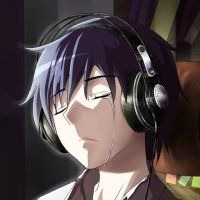 The story started out fairly well but the last couple of chapters have really thrown me for a loop. The MC seemed like he woke up but then went from one sentence of recognizing the stupidity of the women around him to making excuses for them. I kind of lost interest then. Not a bad story so read if you want but I will be waiting for a re-write.

Feel bad for MC. &NbspHas a useless master. &NbspIs used by his master and lied to constantly. &NbspThe author tries to make excuses for it but they are crap. &Nbsp  MC is a beta character at best. &NbspSays he will never do something then half a chapter later he is fine with it. &NbspTried to read in hopes of his balls dropping and standing up for himself but that won’t happen as the author has made it clear

the beginning of the story is very good and full of anticipations for how the protagonist can become strong, besides some mystery.

I think the story is well underway and being honest, knowing that this protagonist does not do irrational attitudes is good, I hope it stays that way.

finally, I think one of the problems with this story is that it has few chapters and waiting for them to be released is very sad.

(I'm waiting for the elf who hates men to show up and mistake him for a woman, then deepen her friendship with him until she finds out he's really a man)

I think the novel is pretty good, but you need to read until you catch up to understand better why something happens

And yeah, if you want, you can send me a message and I can explain better.
sorry for the english

That was the review until chapter 50 but now it is just all about s*x ;-;

i really liked the beginning of the novel with the MC going from powerless to powerful and dealing with the things that are different from the game but after some time the MC just stopped being endearing and became an a**hole, not that I don’t like these kind of characters in fact them are my favourite kind but what makes the MC annoying is that he never seems to learn from his mistakes also helped by the fact that there isn’t any consequence for his actions. So to summarize, interesting story and characters but the MC is just plain unlikable

5/5 stars for me, I recommend reading this.

this is a good story one of my favorites ;D 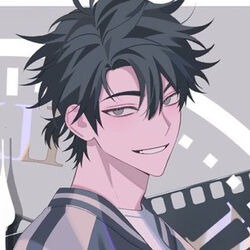 The World-ruling Dungeon
By DarkGodEM
“Let me check real quick if I got what you said… Not only I’ll be stuck forever in a fucking cave because I’ll become immortal, I won’t have any contact with humans and if someone hits me hard enough I die for good? A

America In Another World
By RonTheBlackCat
One day in 2019, the United States of America finds itself transported to a new world. What will happen if a modern superpower from Earth finds itself in a world with magic and technology ranging from the medieval era to World War 1? F-22 R