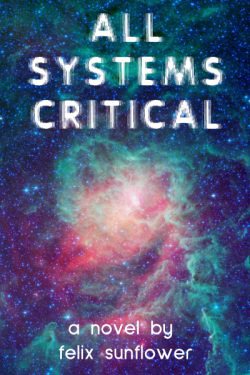 Theo Altair has a death wish.

He has tried everything he can think of to cut his life short but he can never seem to get it right, and somehow he always manages to survive. His latest attempt nearly destroys his ship, which houses a sentient A.I. named Shade who is not particularly thrilled with Theo’s antics, and the duo is forced to make an emergency landing on a nearby farming moon to make repairs.

There Theo meets Dimitri, a farmer-cum-engineer with a penchant to sing away his worries. The two form an unlikely friendship and when Theo tries to run away from his feelings, Dimitri isn’t quick to let him go so easily. He takes it upon himself to join Theo on his flight to the next star system — with some help from Shade — and Theo is forced to face his feelings head on.

But there are some things lurking in space that are more frightening than letting yourself be cared for.

ALL SYSTEMS CRITICAL is part pastoral sci-fi, part sci-fi horror lite, part lgbt romance... and my first full novel! this was written for nanowrimo 2020, and completed/edited in the months after. new chapters will be posted weekly. 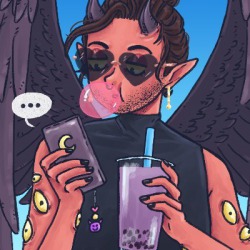