The world changed at the year 2110 when the first ability user was discovered in India. The government calls those ability users 'Esper'.

Since then, at age of 12, children will be tested if they have power or not. The esper population increased every year until 40% of the population has been proved as Esper.

Akasa Naomi, a young Esper was bored in this world with abilities user. She decided to make her own Secret Organization in order to relieve her boredom.

What will happen to Naomi in her adventure to build a Secret Organization. Will it get destroyed or will it cause a change to the world?

Eeee... the yuri will start slow and the pace of the *cough* yuri will be increased after chapter 150.

Disclaimer :
I commissioned the character on the cover!!
Commissioned from @justdit_id (Instagram)

Support :
More than 16 Advanced Chapter on my Patreon!!
Patreon : https://www.patreon.com/raizarp 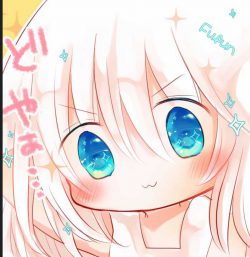 Seeing as there’s no review on this novel as of now I’ll try with one to convince the people reading this to pick it up. Secret organization is like what the synopsis tells you. The setting is in a some what futuristic earth with superpowers sort of like MHA and the main character is a overpowered, hidden strength, organization building little girl. If you like that sort of stuff especially overpowered and organization building this novels for you. Greatly inspired by power in the shadows and probably the index world the setting and characters are fun and perfect for what it is.

The MC is an overpowered girl who create her own organisation. It's quite similar to "To be a power in the shadows", because the MC bullsh*t some excuse to her subordinate but they turned out to be true 😂

The story is quite lighthearted even though it include human experiment and corruption, but it's overall funny and entertaining.

The story also is a yuri story, but it's not the main plot. But keep it in mind incase you are not into yuri.

I'm really looking forward for this novel and I hope the author won't drop it!

Very slipshod plot and writing. Writer is obviously not good at English and the plot is very scuffed, in fact the writer may be making it up as she/he goes along. Sh*t happens without any reason and can get very confusing. Do not believe the others in the review section. Currently, this is the only one star review. I honestly don't believe that this is so popular, I don't think it deserves its high ratings and attention.

Grammar could use some work and I was hoping the story would be better than what "To be a power in the shadows" did... it wasn't.

Are all secret organizations stories just about some guy founding it for the purpose of fighting something made up but turns out to be real and then using their absurd luck and powers to bullsh*t their way through everything? 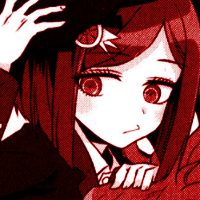 Honestly, I don't have much to complain about. I have loved every single development  the author made. Originally I thought this novel would fall off, as I thought that it would encounter the multiple flaws that occur when you have such an overpowered cast on the same team, however that doesn't  happen.

This isn't the kind of novel that solves every single problem the cast encounters in 50 chapters and then struggles to keep the story interesting or just goes down the path of slice of life. The story was constantly interesting, the characters are not too many in number or too few and adequately developed throughout the story.

I am kind of skeptical of the very likely upcoming  "yuri content" as I do not know if it will fit very well with the story as a whole as I said in the paragraph above (the slice of life part) . Maybe someone who has read the 60 or so advanced chapters that you can get on his patreon can answer that question.

The one thing that keeps this novel from being close to perfect are the sometimes occurring grammar errors. They aren't very major, the usual "being to lazy to add one 's' to nouns  to pluralize " and so on.

So, I award you, kind sir, the greatest honor I can bestow. A 5 star rating with a cherry on top. 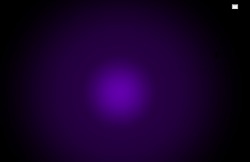 I think its an amazing web novel so far, its quite a bit different from anything I have read before.I love the part when she walked into the base and the maid thought she was an intruder 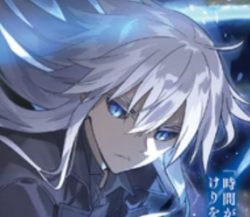 This is  a great story. The plot is hilarious, and the main character is actually smart sometimes. I recommend this to anyone who likes good but evil protagonists. Keep up the good work author!!! One of the best novelss ive red on this site tbh. Gr8 characters, storyline and world building. 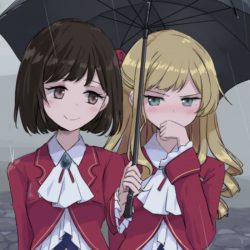 Quite good story for relaxing without thinking. Quite bad story if you  you're looking for smth with good world building... (then don't even try, otherwise you will be in rage by every chapter).

If we compare it with "power in the shadows", then there is more plot, but less humor and pathos.

No yuri so far (no hints as well).

Author's English is very limited. No complex sentence, no idioms. Only basics taken from the elementary course for foreigners. And no improvement over time.

Umbra ~ [Lamentation of the Darkness]
By Rakushi
A tale as old as time itself, good vs evil, light vs darkness. An endlessly retold fable of heroes and villains. But what makes the ‘light’ justice? Do those who shine brightly deserve more than those who live in the shadows? In the dark r

Beasts Under Your Bed
By LillyanaKabal
(OOC is serious business; nobody in this book is explicitly autistic. But I am, so there are going to be some showcases of that here and there throughout the book. Hence the tag) The Beasts From Beyond, an ever-present threat of elderich ab
Action Required