Genevieve, born 2097, had been a sickly young woman that never left the hospital in her lifetime. She spend most of her time playing VR Games with her cousin.

But life was not finished with her. Waking up after a recent health attack she finds herself in a unknown World.

I am not a English native and writing for fun. This is the first time I am writing a story, so I am sorry if there are mistakes.

I do not own the picture in the cover or Naruto, all rights belong to original owners. 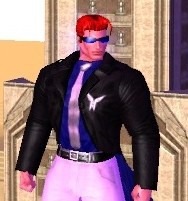 Normally, I avoid all Naruto fan fictions.  With a passion, actually.

If I see something based in the Naruto universe, I immediately click away from it and try to find something else. Anything else.  After all, how many reincarnation / transmigration stories have there been with someone asking for a variation of Sharingan, the eyes that do this and that and all kinds of super overpowered magic?

I've never watched the anime or read the manga or seen any movies from the original author's works.  I have just seen a few clips here or there and have seen pictures of a few of the characters.

I guess the basic reason I don't like the series is because I never watched it on TV from the beginning.  The world of Dragonball Z, Goku and the others was always my thing when it came to martial arts battles.

Still, with all that I have written above, I think this may finally be the time to start getting into the Naruto universe.  A young woman, who doesn't really know what is going on, is transmigrated into the world.  There are hints she may have some sort of special background, but for the most part she is just a weak person who struggles not to die.

She has a long road ahead of her, but she seems to have found some good people who can care for her, and who she can trust.

I don't know the Naruto storyline, except that it is full of Ninjas who have abilities and they fight for some reason or another in various wars.  The main character in this story is like me; someone who starts from nothing and who is trying to find her way.  With this story, finally, I may have found my path to actually enjoying this universe.

I look forward to more.