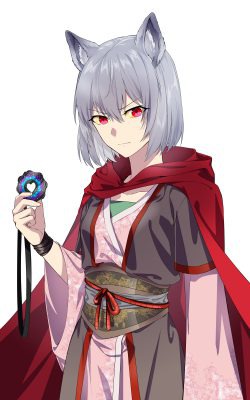 In this world, there are haves and have nots. The former are pureblooded humans, some of whom are capable of manipulating qi, the mysterious energy that flows through every living creature, to miraculous results that defy the laws of nature and physics. Wen Feili was one such cultivator. However, she allied with the have nots- the anthropomorphic hybrids incapable of channeling qi-and dabbled in forbidden demonic arts, seeking to change the very composition of reality. This did not end well for her, and she was consumed by her own flames.

A decade later, far in the northwestern mountains, her daughter Wen Fengli is working as a lowly servant of the minor Shuangshan sect. In between sweeping the floor and avoiding bullies, she secretly trains with a wooden sword, hoping to become a warrior cultivator at some point in the future. However, since she's part-human, part-wolf, it's just a pipe dream.

....or so she bitterly thought. However, one day a mysterious amulet that belonged to her mother falls into her hands. A deranged old master, a terrible conspiracy, a mysterious past? None of that matters to tomboyish wolfgirl, who only seeks to become stronger. She embarks on a journey of adventure and self-discovery, towards the mysterious southern lands where pure demi-humans are said to live...as spectre of war once again envelops the world of man.

This is a Chinese-themed fantasy story set in a fictional world. You can classify it as xianxia, if you wish, but it's a rather low fantasy variant; the heavenly realm is silent, no one reached immortality in generations, and magical artifacts of old are locked away and feared. Magical beasts and spirits have been driven to the corners of civilization, and "ordinary" abilities such as flying or controlling swords through telekinesis are considered spectacular feats. The main plot of this book revolves around a kemonomimi girl who seeks power, no matter the cost.

The cover image was drawn by minyaxj, per my request, on a commercial license. 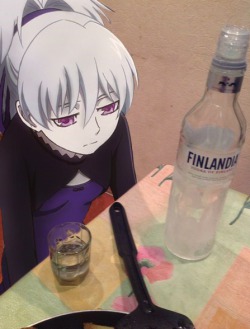