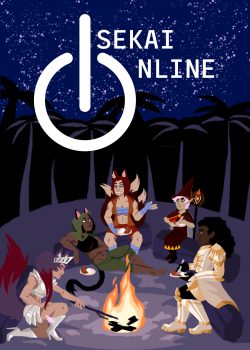 It is the Virtual 2040's. Our protagonist wakes up face-down in the sands of the Shores of Awakening - a starter area of their favorite VRMMO, Another World Online: Mundane Phantasy Historia - as avatar Deedee Yeowoo, a foxgirl Cleric of the vulpine wind god Sylphan. Something's wrong - she can't log out, and as part of the lategame raiding guild, Dungeon-Crawling And Chill, shouldn't be at first level. Moreover, she's not alone - at least some of her friends in the guild, as well as the relatively innocent streamer Ace Striker, are along for the ride.

How can they survive such an adventure friendly - which is to say, violent and monster-filled - world? Why are they here? And why does this avatar feel more comfortable to Deedee Yeowoo's player than her real life body ever did?

Volume 1 of a queer cyberpunk MMO isekai story about a gamer just realizing they're transgender.

I/O is by Talia Belser and the Other Worlds Tourism Bureau, made available under a Creative Commons 4.0 BY-SA-NC license. Cover image by Quantum Vaudeville (https://quantumvaudeville.tumblr.com/commission).

The sequel, "Isekai/Online Volume 2: Expedition to the Lost Temple of ($NULL_POINTER_ERROR) is now live on Scribblehub! 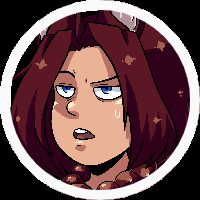 The RPG Foundation
By travisswan86
Transported to another world, be by manifestations of nature, getting kidnapped by gods & mages through summoning, reincarnation trafficking by a crime syndicate or soul unwillingly being snatched to be reborn in another world. These are even

Sorry That I Am The Last To Come Here
By Benokelvin
Life is always simple with our MC. Go to school, finish classes, go to the anime club, and discussing isekai anime with his gang. However, things start going wrong when everyone within the group starts having accidents until the MC i

Shouting the battle cry of freedom in this other world.
By Hattmanhendrix
After offering to help a lost girl at after a historical reenactment. Living history buff Andrew Rose woke up in the middle of a dark and unrecognizable forest. Armed with the knowledge and power of his old world, can he set set right the wrongs o
Action Required