Countless twenty-something-year-olds around the world wish every day for a chance to go back in time to start practicing their passions sooner in life. Tabitha is one such woman. With all of her youth spent playing online games where crafting was as simple as gathering materials and clicking a "craft" button to put them together, she never gained any actual experience in making things. Every attempt to create something in the real world is met with disaster. Her heart yearns for being the master crafter of her virtual youth, but she's the type who burns water when trying to cook.

That changes when she wakes up and finds herself in a game-like fantasy world where crafting comes as naturally to her as breathing. She still has to put in the hard work of crafting herself, but the system helps her out to make what was once impossible for her possible. She gets all the fun of making things and flexing her creative spirit while not needing any years of training nor study to build her skill up! While she might not have any idea how she got to this strange world, she does know that she's not going to waste her chance and is going to make the most out of this new opportunity to craft everything!

An "Omnicrafter" was what they called people in the MMORPGs she played who maxed out every single crafting class, and that is exactly what Tabitha plans on doing with her new life!

The crafting side of this series is heavily inspired by games like the Atelier series and the critically-acclaimed Final Fantasy XIV (which has a free trial, you know!)*. If there's a problem, it can be solved by crafting. Also, in case the title and synopsis didn't make it obvious enough, this series is going to focus on crafting all the things. Wooden spears and protective cuirasses? You got it! Healing tonics and farming equipment? Sure! Elaborate cupcakes and customizable fantasy golems? Darn straight! Weapons with a broken amount of different buffs applied to them due to the crafting process and materials used? You know it! The most amazing fishing rod to ever exist? Well, obviously. Fishing is the true endgame only after crafting, after all!

So, if you like alchemy, blacksmithing, carpentry, cooking, leatherworking, tailoring, engineering, rune forging, magical enchanting, or basically any other type of crafting found in RPGs, come check the story out! An omnicrafter doesn't just focus on one specific type of crafting. A true omnicrafter is the best at all types of crafting!

*This is a meme, I'm not sponsored by FFXIV, please don't hate me. I couldn't resist. 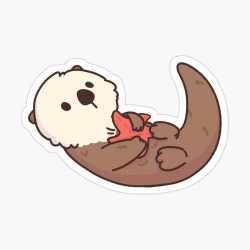