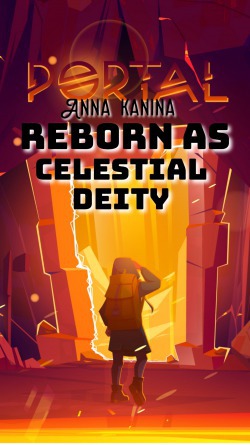 I only remember that my planet was destroyed by an evil alien race. I died as a soldier while blowing myself up.

Then I woke up in a bright place. I thought I was in heaven and ready to harvest the good deeds I used to do on earth.

But why can't I move? And why does my body look like a corn sprout?

***
What happens when a human was reborn as a Celestial?

They were a race born of galaxy formation energy as well as the leader of the Milky Way. They also destroyed Earth civilization that kill our Hero.

Will his revenge plan work? While he knew that the Celestials were the strongest beings in the galaxy and immortal.

He couldn't wait to keep raising his power level which would took thousands of millennia and changed His plans when someone told him there was a way to undo Earth's past destruction.

Did his reincarnation as a Celestial mean that he was given the opportunity to save Earth?

What if he was faced with another problem and learned the fact that they weren't the only strongest beings in the universe?

Things get even more complicated when it was not just Earth that need to be saved, but the entire Milky Way galaxy.

Come and find out as we embark of His journey.

The cover image are free from freepik
https://www.freepik.com/free-vector/portal-cartoon-posters-with-traveler-man-stand-magic-teleport-stone-frame-inside-mountain-cave_15733293.htm#page=1&query=Fantasy&position=2

I edit the cover with "textonphotos" app

Machina Vult
By SpiraSpira
Ash Veisi lived his life serving people he had no respect for but he did it to the best of his abilities anyway because home is home. An atheist who lived to a ripe old age and died surrounded by crying children, grandchildren and an old dog. It w
Action Required