An Arthurian legend revisited and admittedly modernized. Borrowing heavily from Malory’s Le Morte D’Arthur, writer Brad Gols soughts to tell an old tale under a new lens. The land of Logris, newly united by King Arthur, king of the Britons, has succeeded in carving out a safe place for his people. The Anglo-saxons–who have settled along the east of the island–loom dangerously close as neighbours, while the painted Picts to the north and the yet to be united Irish kingdoms of the west pose dangers as well. King Arthur, and his round table of knights, must defend their realm.

One day, a mysterious damsel was granted an audience with King Arthur, and brought a magical sword that would belong to anyone who could free it from its sheath.

King Arthur failed to unsheathe the weapon, as did all his knights present at his court. However, an ex-convict named Balin was successful in unsheathing the wicked blade Tyrfing. What dangers loom before him and his newly acquired weapon? What misfortune awaits him on his adventures? Find out in On Parts and Precedence.

Gols takes themes and ideas that are only really hinted at in Thomas Malory’s “Le Morte D’Arthur”, and explores them more fully in his own treatment of the story.

He borrows heavily from Malory, but also uses the following resources to help tell the revisited tale:

The New Arthurian Encyclopedia – Edited by Norris J. Lacy
The Arthurian Name Dictionary – Edited by Christopher W. Bruce
The Custom of the Castle: From Malory to Macbeth – Written by Charles Ross
King Arthur: History and Legend (2015)
Monty Python and the Holy Grail (1975) 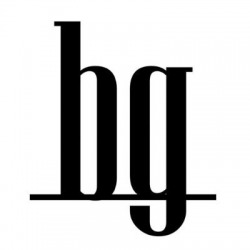