Upcoming physicist Janus Campbell is trapped in the world of Tersaia, where shadow monsters lurk the streets, anyone can be monitored at any time and fighting is the best way to make a living; either through the Rumble Circuit, a world-wide ranking of combatants that keeps tracks of participants’ wins and losses in competitive duels, or through slaying the constantly spawning Essencima that terrorize the population.

Unfortunately for Janus, he doesn’t know how to fight. No special moves. No signature techniques. Not even a basic grab.

However, there are two people that might be able to help him out. Itzel, an avaricious woman with the ability to manipulate the wind, and Gurk, a man-crocodile hybrid of few words that can control ice, are the ones that will have to help Janus if they ever want to leave the harrowing alleys of Labrisson and rank up in the Rumble Circuit.

This is for fans of fighting games and “beat’em ups” and contains light sci-fi/fantasy aspects. There are LitRPG elements but don’t expect full stat sheets or levelling up in a multitude of skills. Major characters will have command lists posted as well as full body illustrations.

Updates every Sunday, Tuesday and Thursday (at least). 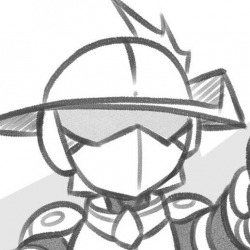 Ultima NPC: Part 2
By ThatRandomWriter
Despite the work of people who, in the real world, tried to delete him from Reality Dive. Alexander \”Ultima\” continues to exist with the gift of his NPC/Player hybrid system, now a ghost of sorts without any past left in the game, he

Ultima NPC: Part 1
By ThatRandomWriter
What would you do in a world you don’t know? For Alexander, now renamed Ultima, he decides to stay with the same organization that has enslaved and hypnotized him, and face the incoming dangers alongside it. What is that danger? Nothing less

Lost Solace Online (litRPG novel)
By Mr.Grey-Cat
Sometimes, life can be the same as a dream. Unpredictable, beautiful, but fleeting. And so, my dream is reaching its end, and my life is the same. My name is Alice, Alice Whitefield, a dying patient with limited days left, and
Action Required