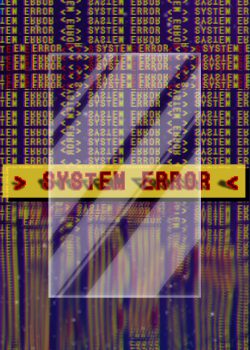 Ziun didn’t know who he was, where he came from, or how long he’d been conscious. It’s not something he likes to think about often, but there’s breaks in-between each mission and.. well, he gets bored.

One day he’d found himself bound to an AI “system” that issued task after mind-numbing task while it dictated his every action; from the way he breathed, to what he ate for breakfast — and that was, quite literally, life.

For Ziun at least, it was the only life he’d ever known.

But when the small stability he had built up comes crumbling down the moment this so-called “system” goes offline, Ziun gains a sudden awareness that has him freezing in horrified shock. Because while the “system” was down, Ziun had finally understood that—

ML: You transmigrated, right? Or is it time travel? Reincarnation? I know you’re the richest man in this galaxy.

Ziun: You’re sick, right? Is it terminal or just mental? I know you’re the real No. 1 player in the Mecha Battle Alliance VR.

ML who got stripped of his own vest: … F*[email protected]#.

*COVER IMAGE IS AN ORIGINAL CREATED/DRAWN BY ME*

1. Vest, to my understanding, usually means another identity, ability, quirk or persona someone has hidden from the public eye. A purposely kept “explosive” secret.
2. It’s Omega-verse but it’s just a background setting. Nobody actually cares about the secondary genders but it’s a key point in certain parts of the plot.
3. The main CP is a pair of A’s(literally) and there is no sudden change in gender. Our baby Ziun is the best!!
4. It’s futuristic so of course there’s some type of “Zerg” war! Hehehe.
5. Expect gore and violence. There are also darker themes and mentions/discussions of things like homophobia, racism and other types of discrimination, but no such things as slurs or encouragement of this behaviour, has been written; nor is it discussed/written about in too much detail.
6. The ML’s brain is a pit(arguably, so is the MC’s). There’s no misunderstandings, he’s just delusional.
7. Love is love. There’s AA, OO; AO, AB, OB and plenty BB-ing. Adding on to this, there’s multiple pairings between different characters—regardless of gender—but romance isn’t a main theme anyway. If you’re expecting everyone to fall in love by chapter 10…. Goodbye.
8. It’s 1v1 meaning the MC is the ML’s one and only, and vice versa.
9. For all the planning I’ve done, I'm still honestly not sure if this novel will end up being HE or BE so… read at your own risk _(:3 」∠)_ 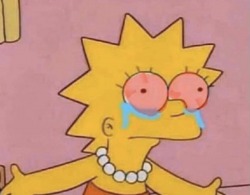