On the world of Marconen, your first Break determines the trajectory of your life. Calvin chose magic. Without proper schooling or a mentor, the boy is dragged by the whims of fate across the face of the planet, blending together different schools of magic and powerful abilities to create something new.

But there's a deeper secret behind his success. Why was he born an exile from his country? Why is his System so strange, and why does it keep talking to him?

And as the march of time continues, something evil grows in power across the ocean. 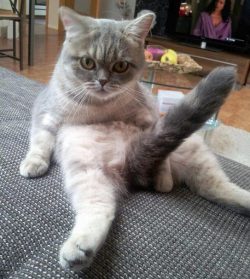 This could be interesting, but for some reason it's really boring after you get used to it.

My main objection is that this is the kind of story where while the MC grows quickly all the time, there always is the next challenge, and the next, and the next, and it is always barely survived. There never is any real success either since any victory is temporary until the next barely-survived catastrophe. While one problem is being solved one or more new ones pop up, such as a betrayal being prepared or somewhere somebody is preparing another attack on the MC. If I had that kind of life, even with hero-powers^2, I'd fake my own death and go and live somewhere under a new identity. The work life equivalent of an 80 hour work week for years, only that here your life and that of your friends is on the line, so even more stressful.

I really wanted to like the story but by now it's booooring. I think people who enjoy playing games such as Blizzard's Diablo probably also enjoy this kind of story: There is endless progress in numbers, but in reality you keep doing the exact same grinding all the time. You reach level 80 - your enemies are level 80-100. So nothing really changed. And there is no real other goal other than getting stronger, since the next attack wave surely will hit sooner rather than later.

Another thing I find a complete waste of my reading time is reading through lots and lots of skills - of which only one is picked. Why would I care about stuff that plays no role whatsoever? Yes those skills might be picked later - but then I'll get to read that long list again anyway. When one of those long "pick a skill/mutation" section comes I always scroll down to see what the MC actually picks and then only read that skill's description. Also, long deliberations about which skill to choose, same thing. I don't care about the stuff not chosen, it's just boring. Of course, anyone who fancies learning made-up skills by heart even though they play no role because they are not picked is going to disagree with me.

EDIT — continued to c134 but now dropping it:

I finally made me remove this story from my reading list. Too much of the above mentioned artificial story drama plays a big role. For some reason I find it more and more infuriating.

I think you should give it a try, my review is not of the kind written for a truly abysmal story. There's a chance you may like at least parts of it, and you can always skip over parts you dislike.

There actually is a lot of interesting ideas and a lot of good story in here. I just wish there was more (story) time to enjoy the world and the story and everything, instead of that endless grind. Imagine the "Uncharted" series of games but you would have no time to take more than an occasional split second glance at the grand scenery. I'm the reader type who does not enjoy (frequent and detailed and drama-rich) battles though, for example, I only know "Uncharted" from watching the (heavily abridged) game movies but would never play. That means my criteria is quite a bit on the subjective side and probably not a valid statement for everyone.

The novel is great, altough sounds a bit confusing some times. For those coming in search of +18 content, the novel just jump the s*x scenes, so far nothing detailed.

EDIT:
Aparently the s*xual content in the warning its just +12 rated, there is no smut or NSFW in this novel. Im a bit sad about It because im a man of culture (͡° ͜ʖ ͡°) . Anyway the plot is fun and well tought, I wont stay reading this novel because this was not what I was seeking, but I Will still give a solid 4 to the novel.

One of the best Antihero MCs out there. The lad has a dream and an agenda to get through. He doesn't mind helping those around him but it usually comes with a couple of innocent deaths because you know... Living is a numbers game.

His moral ambiguity is justifiably backed by a fullproof logic that is understandable if you got your doctorate degree in Calvinian Physics. Unfortunately, no one ever takes that elective so they're usually baffled during the last moments of their life.

It would be worth the Audible credit but this isn't Audible and you get it for free. You f**king lucky bastards

The story is pretty f**king funny and creative, but I'm really dissatisfied with the s*xual content. The "Adult" tag is a lie, there's no "adult" content, so I'd rather read something else that treats s*xual content more maturely and doesn't fade-to-black when the good times come.

This author is excellent, not only did his first work instantly captivate me, he also   got even better in this one, if you like game system novels but is tired of wimpy Japanese MC, arrogant  Chinese MC or even the “too perfect” Korean MC I ask you to read this one. 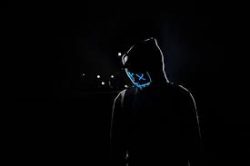 It started off pretty damn interesting especially the whole system based on warp and breaks.  The way you get skills although annoying/frustrating and sometimes downright funny is definitely a different take on the level system.

Kinda dont know what to say Im just venting that such an awesome thing became...

Anyways dont take my word for it try it, after a certain character came in with the ultimate you thought I died skill I just started losing the interest I had left kinda just skimmed the last 60 chapters or so and everytime I stopped skimming in between those chapters Ugh..

Really liked the story until about chapter 90 or so. I'm at chapter 107 now and I've skipped most of the chapters from chapter 90 until now, hoping that the story would get interesting again, but it hasn't.

The story has gotten really convoluted. There has been point of view changes to side stories with other characters that are more or less just filler. The protagonist has been stuck somewhere. Wanking off for 20 chapters or so, doing nothing interesting at all.

The author has fallen into the trap that many newbie authors fall into, getting side tracked for too long.

It also feels as the protagonist are getting dumber and dumber as the story progresses. 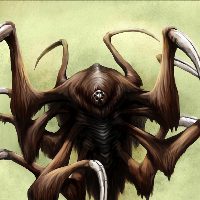 It seems like such a good story so far, with a lot of hidden depth to it. I can't wait for more. 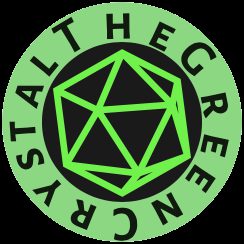 I whole heartedly recommend this story to any person looking for a in-depth story with light hearted jokes spaced Through out to bring a chuckle to your day. :)

SCP Gacha System In A Cultivation World
By FukinDeadBeat
A young teenage girl has awoken inside some random forest with no idea of who she is, where she is, and what is going on. She will soon discover some answer to her questions while others stay unanswered but there is one thing that she will

The Way of The Dao
By Riixhiie
* This is my first novel, so you can expect a lot of mistakes and even dissatisfaction, (like some people say for only reading about 5 chapters and saying that the story has not been built well.) + You can also expect a somewhat poor or bad

Whispers of a Dead Empire
By Raizia
If you were given a chance to leave Earth, would you take it? Would you leave behind everything you have known for a chance at a different life? What if that life was something that you weren’t expecting nor prepared for? These are the quest
Action Required