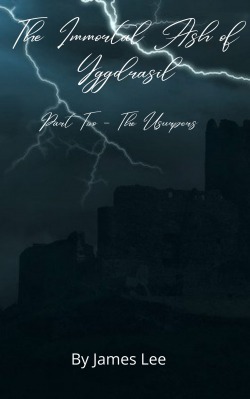 Venus, the great city at the northern sea border, lay in ruins with an insignificant six hundred survivors. Crushed by the machinations of a foreign power who now seeks to invade the Centurion Kingdom they once guarded.

The Lady of that city, Rusalka, together with her husband, Alexander, has no choice but to bear the burden to raise an army and ready herself to face this threat. She will not fight alone, for the Prince of her kingdom comes bearing both arms and armies from all across the land.

What of the south, however? Now unguarded, not against any foreign power, but its own ambitious and disgruntled Lords and their council? These were men of no lesser standing than Rusalka herself, but they were far different in their purposes and the burdens they bare.

Towards that place is where Rapture, the Child of Immortals, now departs together with the nation's Princess, Lucretia, and fifty four of Venus' survivors who bid to serve as their bodyguards.

The Centurion Kingdom's ancient secrets, the entire Muspelheim Continent's too, and the very real "Gods" who exist in the background behind every nation of this world, are all about to step into the light, which seems to herald the dawn of a new age of strife.

The Adventures of Einarr Stigandersen
By AlleneLowrey
Einarr Stigandersen is the dispossessed prince of Raenshold, his father its landless Thane. They sail from port to port, leading a vagabond’s life aboard the longship Vidofnir, until a fateful battle with a demon ship and an unnatural storm send t

The Immortal Calamity
By Marcus_Breeze
Enshrined in the annals of history, the rule of the empress was absolute. Her power struck fear into the heart of mortal men. It was said that even death itself would bend to her whim. With a single wave of her hand, she could raise the dead to f

The Immortal Ash of Yggdrasil – Part One – The Child of Immortals
By JamesLee
Rapture is a young man born into a small world. A hut, a lake, a forest, all barred with walls of towering wood, that is all he has ever known. Yet the day soon arrives when those walls must come down, and the boy is thrust into the wider r

The Many Gifts of Malia
By GreenSkyDragon
Updates at least once a week! Once the terrifying God of Death, Charax has retired and just wants to spend his final decades in peace as he fades away. His idyllic existence gets disrupted, however, when his ex leaves a Chosen One on his do
Action Required