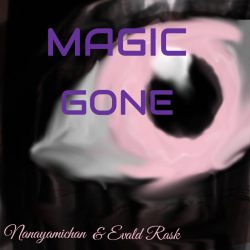 MagicGone
Magicians, a person with a genetic thing inside them that produce something that's been called magic. A very rare genetic occurrence, and it got more rare with time as these people were quite quickly rounded up by different governments and countries for various reasons.
Nana was one of these magicians.
She noticed that she had the gene at the age of 15 in an accident.
Magic wasn't really magic, it was named that since that's what it looked like when it was first observed so naturally people assumed that's what it was!
But, in reality, It's a powersource. A substance that's in your blood, created by a specific gene that started appearing in people all over the world. And depending on the gene you could be filled with more or less.
It’s like a rechargeable never dying battery. You can't lose it, you can just temporarily exhaust your magic and then have to wait for your body to produce more.
What your "magic" could accomplish or how much it could be used before reaching exhaustion differed immensely of course, just like the maximum amount that the body could hold differed wildly as well.
And depending on your genetics you could get better at using it, expand what you could do with it. Sort of like training your muscles and your brain. If you train a lot, new heights can be reached to a certain point.
It's a source of power that could be applied and used in potentially limitless ways…
And certain people observing the world from the future want to get their hands on these magic users to use for their own experiments, as the gene is rare and almost gone in the vast future, the one’s with extremely overwhelming magic power are being targeted...
You'll follow two different protagonists, viewing the story from two different sides.(eventually as we get chapter 2 out)

MagicGone is a collaboration between me and my brother Evald Rask. It's a work in progress and everything is subject to change/is not final until further notice.
Posting here as we get chapters done, feel like we're happy with it. Looking for feedback mostly and comments/reviews/ideas.

Hope you'll like it as much as we like to work on it! Happy reading!
Feel free to message me with any questions. 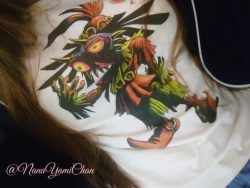