As the inhibitor rises and the eternal flame is quenched, our lands shall be freed, and only then will the Princess be set to flee.
⌌⊱⊶⊷⊶⊷⊶⊷⊶⊷⊰⌍
It began with ice.

A relentless, bone-chilling tickle of frost that stretched across the lands of Axulran, crawling over the mountain crests and freezing the grassy meadows. Frozen in time, the kingdom fought for political control all across the region of Ellixus, paying no mind to the death and torment they may cause along the way.

Cateline Bennett, a princess consumed with ice, found herself lost in a foreign kingdom with nothing but her wits to survive. As she explores this unknown land, she unravels her past and discovers that the magic she had concealed for so long could unleash chaos so intense, it could destroy the world as she knew it.

With her untapped magic and new friends, Cateline must vanquish the enemies that threatened the world of Denzethea as they knew it, else they, and all they knew, would crumble to ruin. 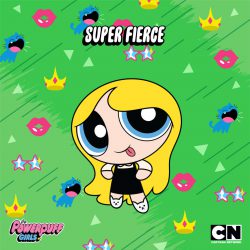 Grand Magus: Reincarnated with the Engineer Element
By KuraiKurune
Beaten by the cruel tricks that life has played on him, a tired, overworked nuclear technician accidentally forgets to close one of the cooling gates, resulting in his death. Now reincarnated into a new fantastical world, our MC hopes for a

Lanuleta University: A World of Magical Science and Strange Connections
By MajorKerina
In a world where magic and science go hand in hand, the students of Lanuleta University face challenges beyond just term papers and quirky roommates. Miguel Reyes, a freshman at the prestigious universe for the scientific study of magic, h
Action Required